A New Mexico couple who reportedly couldn’t resist biting their toddler son’s butt may never nibble on him ever again.

Monica Lopez and Matthew Barraza were arrested on Monday on suspicion of child abuse, conspiracy and criminal sexual contact after teachers at the boy’s daycare center noticed bruises covering his legs, face, back and buttocks.

RELATED: Man hurls 2-year-old cousin he called “the devil” into traffic and gets what he deserves moments later

When detectives questioned Lopez about the marks, she admitted that her anxiety causes her to sometimes bite her son. Boyfriend Barraza reportedly openly admitted to abusing the child, giggling and claiming he “couldn’t resist the boy’s bottom.” Authorities say the mother and boyfriend were unable to explain the other bruises.

Lopez is being held on a $10,000 bond. Barraza, however, was given a bond of just $2,000 and has since been released from jail. He has allegedly had several previous run-ins with the law, having been arrested charged in the 2008 murder of an ice cream vendor. He was also charged with murdering someone at an Albuquerque hotel when he was just 16 years old.

RELATED: Married school superintendents are at the center of child sex abuse accusations that will make your skin crawl 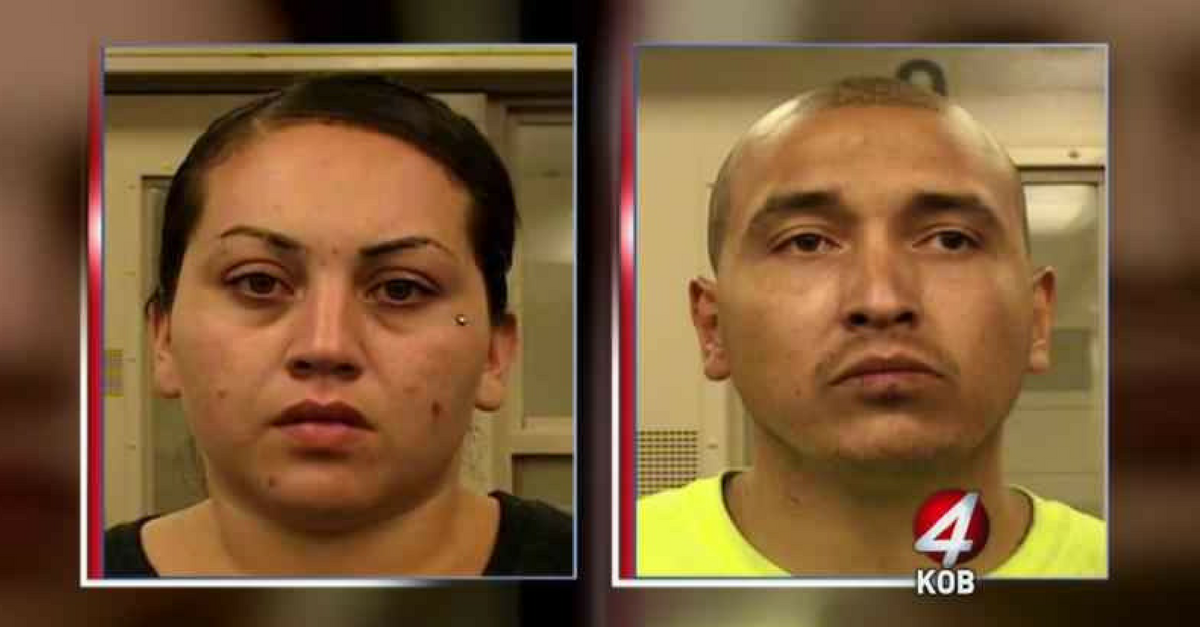