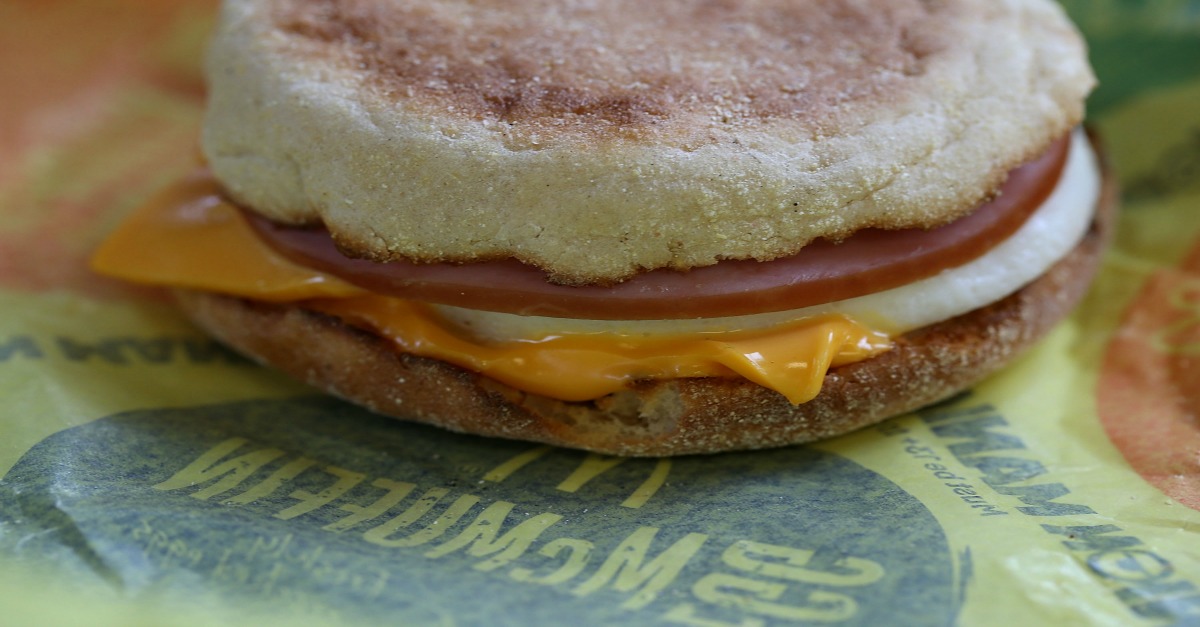 Police in Ohio are searching for a man who angrily pulled a gun on a McDonald’s employee after she told him that Egg McMuffins were not available for order.

The man reportedly pulled up to the Warren drive-thru on Parkman Road, about 60 miles from Cleveland, in a black Ford Taurus at around 3:40 a.m. on Wednesday morning with a friend riding in the passenger seat. The man was hoping to order his favorite tasty treat, but was in for an unfortunate surprise. The drive-thru worker regrettably informed him that they were not serving Egg McMuffins at that time, after which he became extremely upset.

RELATED: Big Mac and a side of crack: McDonald?s manager sold drugs on the job, police say

The man and his friend, both of whom the employee said she had never seen before, “were not happy that McMuffins were not being sold at that time,” a police report said. The driver then allegedly brandished a gun at the employee, called her a vulgar name and cursed at her once more before speeding away. Police were quickly notified of the ordeal, but the men were long gone by the time they arrived.

Fortunately, no one was hurt during the startling incident, and police have provided a few details that may help in their hunt for the suspects.

The driver is said to have been wearing a black hooded sweatshirt and a black skull cap at the time of the incident. Both men inside the vehicle appeared to be around 20 years old, and they both remain on the loose. Police officers and McDonald’s management workers are currently reviewing surveillance footage from the restaurant location with the goal of identifying the suspects.