It gives a new meaning to “Shake Weight,” that’s for sure.

A German man is recovering after firefighters in Worms, Germany had to cut his penis out of a 2.5 kg (5.5 lb) weight.

The fire department told the story in a Facebook post with a photo of the weight after its destruction. Firefighters used a vibrating saw, an angle grinder and other tools in the three-hour extrication, a delicate process.

Per UPI, the German roughly translates to “One person had a very sensitive part of the body trapped in the hole of a 2,5 kg-dumbbell disc … Please do not imitate such actions!”

The man has, perhaps for his own sake, not been identified.

RELATED: Firefighters responding to an emergency call about a body found a false alarm unlike any other at the scene 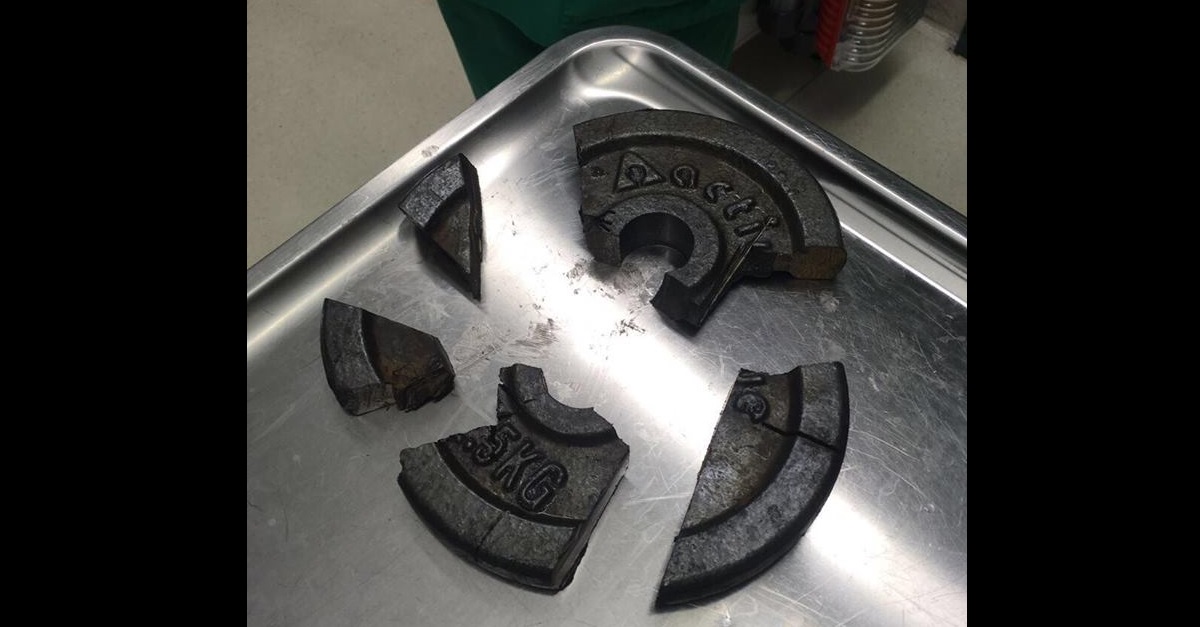