According to the Walton County Sheriff’s Office, deputies arrested 30-year-old Cody Dwayne Hynum of Highlands, Texas, on Friday in DeFuniak Springs for allegedly stealing a pickup truck and attempting to steal another vehicle.

RELATED: Former Marine takes matters into his own hands after thief steals his gear

Authorities told the Northwest Florida Daily News (http://bit.ly/2mDyJr7 ) that after being handcuffed and put in the back of a patrol car, Hynum kicked out one of its windows.

The sheriff’s office said Hynum got into the driver’s seat and drove off while still handcuffed. Authorities said Hynum drove the vehicle into a fence before fleeing on foot into nearby woods, where he was caught.

Hynum was held without bond Saturday on multiple charges. Jail records didn’t show whether Hynum had an attorney. 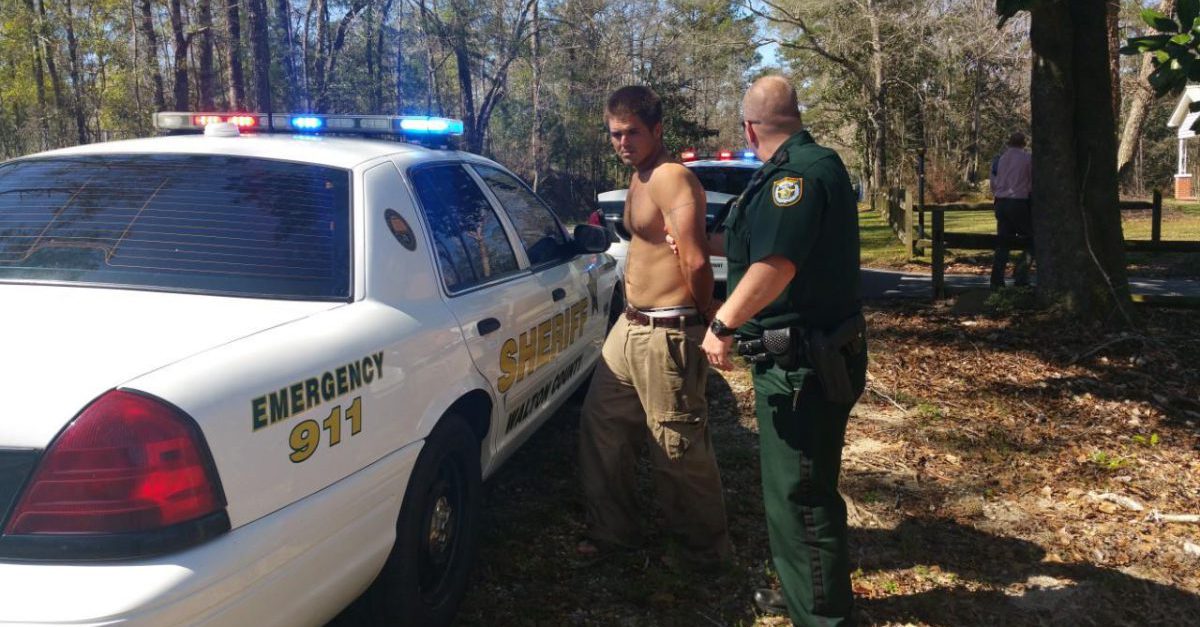