Menu
Follow us
Search
Menu
Search
A protester shields his mouth and nose from gas fired by police during a demonstration after the inauguration of President Donald Trump, Friday, Jan. 20, 2017, in Washington. (AP Photo/John Minchillo)

Then a bunch of morons invaded the streets and validated every word he said.

Actually, my chronology is about 12 hours off. The real unrest began last night when demonstrators outside a pro-Trump ball in Washington assaulted at least one counterprotester, and continued this morning, as they blocked checkpoints and rampaged down K Street, smashing windows and cars. But the real tumult began after the inauguration, as demonstrators made known their desire to end hate by screaming at people and breaking stuff.

At last check, they were dragging trash cans into the middle of the street and setting them ablaze. Trump in his speech portrayed Washington, D.C. as a dumpster fire; these cretins made that literally true. If any of them knew how to open a bank account, they’d already be on Trump’s payroll. The D.C. police chief has accused them of doing “significant damage to a number of blocks in our city,” not that they care.

RELATED: DC protesters clashed with police and were met with tear gas just blocks away from Donald Trump as he took the oath of office

In fairness to the left, the nice-looking young fellows in black masks wreaking most of the havoc don’t appear to be scholars in good standing at the Center for American Progress. They’re self-styled anarchists, the same vandals who try to turn every left-wing protest violent, and they were clearly in the minority of demonstrators, most of whom were peaceful if a little confused. But the violence is still damaging the anti-Trump cause. Twice, now, after the election and after the inauguration, ostensibly peaceful anti-Trump protests have erupted into frenzies of destruction that have claimed real victims—people injured, motorists whose cars are damaged, shopkeepers whose windows are smashed—none of whom are named “Donald J. Trump” and all of whom will be more susceptible to his rhetoric going forward.

This is not how you make friends. But, of course, that isn’t the anarchists’ intent, is it?

If we’re going to have a legitimate anti-Trump opposition in this country, one that crosses party lines and ideologies, it can’t keep getting marred by a clutch of bedwetters who think “V for Vendetta” is a painstakingly researched documentary. This is bigger than your arrested development, guys. These rioters are the other side of the Trumpian coin, and as long as they react with lighters and bricks, Trump supporters will continue to counter-react by demanding extreme measures. The lawless cycle will thus continue. The price will be our liberty. 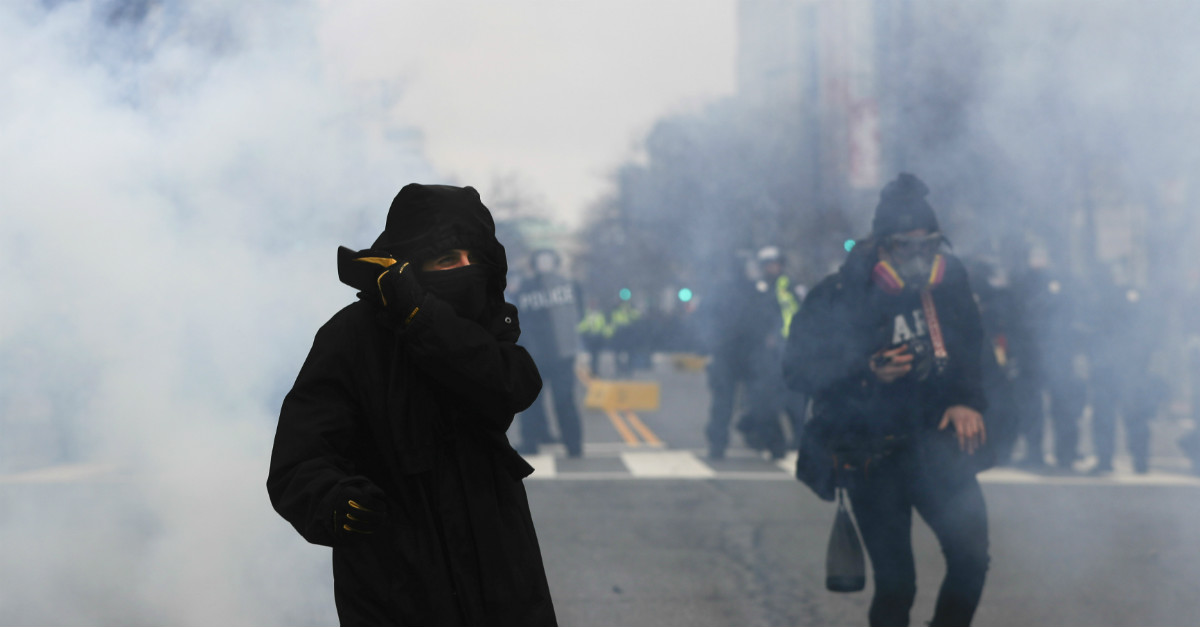