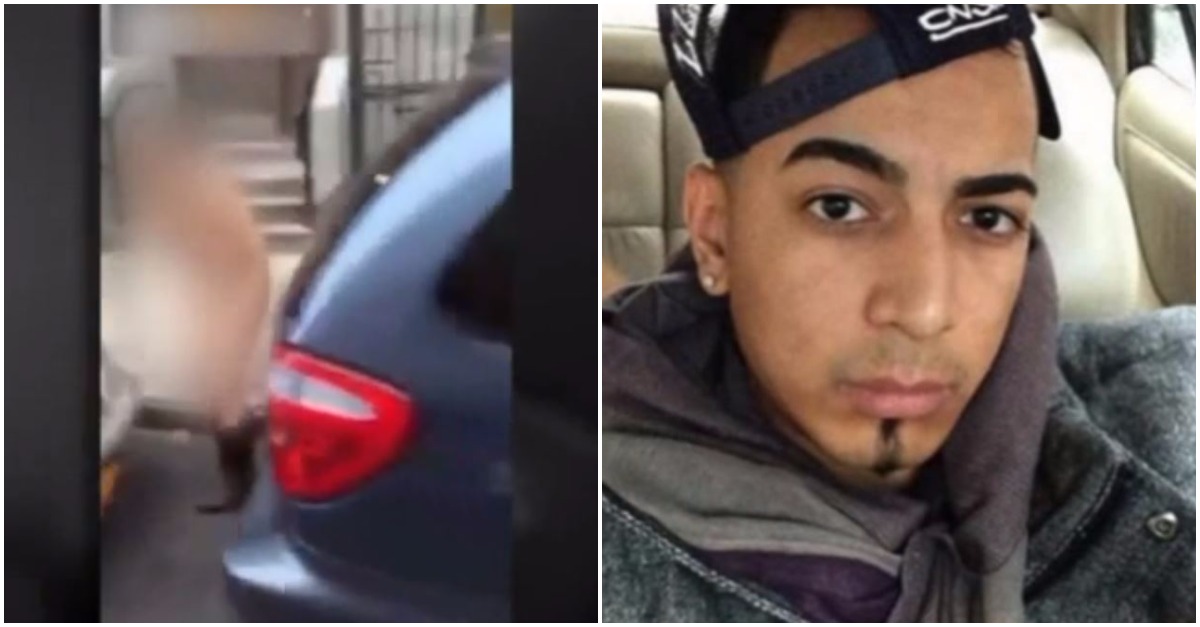 Jasson Melo, 24, appeared in a courtroom last week in a trial that stems from a disgusting online video in which he forced his girlfriend to strip naked and walk down a New York City street.

In her opening statement, Assistant District Attorney Caitlin Connolly told the jurors, “He bragged about the fact that he did it. He said she deserved it,” the New York Daily News reports. The case captured national attention after the January 2016 incident went viral on Instagram where Melo has over 38,000 followers. Connolly also claimed that Melo tried to sell souvenirs from the footage.

Melo apparently became enraged when he got home and discovered that his 22-year-old girlfriend was texting other men, and he beat her before pushing her outside. In the clip, he tells her, “You?re going to pay the price like a whore, right there by the trash. Pose with your trash.” When she tried to cover herself with a towel, he ripped the makeshift garment away and called her a “whore” and a “b***h”

After the video received backlash, Melo went on the defensive, recording another video in which he asked “all women for forgiveness.” He claimed, “Maybe, I made a mistake, to do what I did, from the beginning to take her out naked. I really regret this. If I could turn back time, I wouldn?t do it. Because in my mind, so much has happened to me.”

Man who made his girlfriend walk naked down freezing NY streets says ‘she deserved it’ https://t.co/CuLljfMc4j pic.twitter.com/rmZ03y8fTT

Melo was later arrested and charged with assault, menacing, aggravated harassment and endangering the welfare of a child. In September, he was arraigned on an additional charge of felony coercion, the New York Post reports. When a Post reporter asked him about the clip, he responded, “She shouldn’t have done what she did.”

His attorney, Andres Aranda, is fighting back, saying in February 2016 “my client said he wanted a trial date because he?s not guilty,” adding, “We’re not interested in a plea.”

RELATED: He infamously made his girlfriend walk the streets naked and filmed it ? weeks later, he has a big smile on his face

And, Melo’s actions have angered just about everybody in the city, including a number of powerful figures. Charlene McCray, the wife of New York City Mayor Bill De Blasio, even addressed the video saying, “Posting that video online perpetuated the abuse, which New York City does not tolerate. We are steadfast in our efforts to make sure all victims of abuse are aware of the many resources available as we strive to make New York City?s public and private spaces safe for all women and girls.”