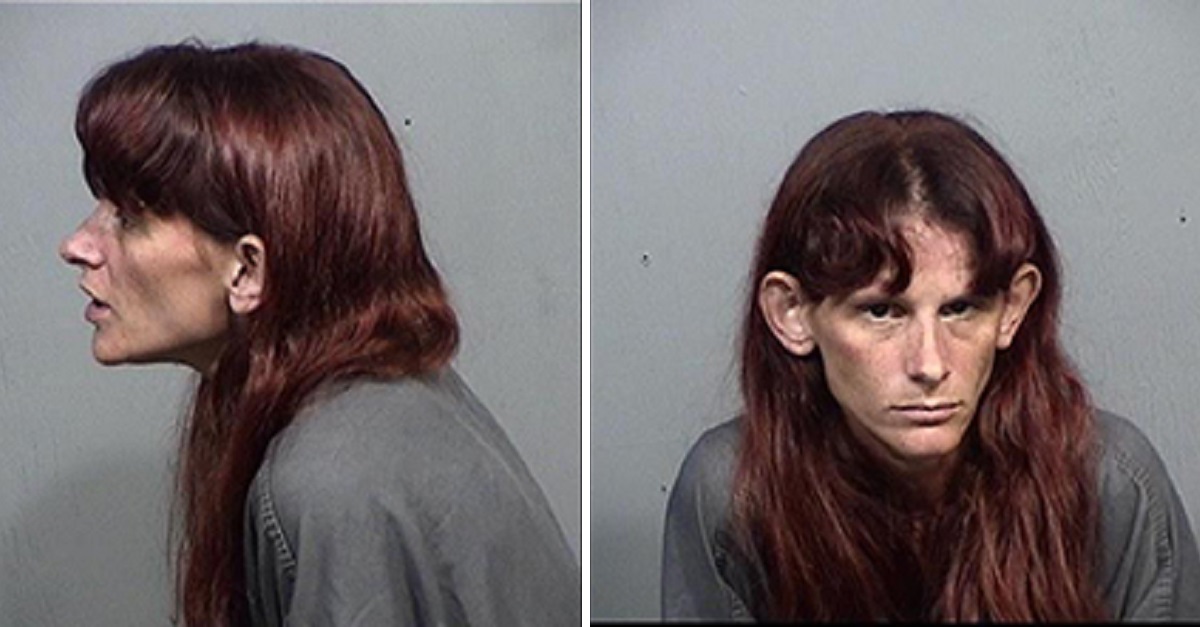 Police in Melbourne, Florida charged a woman with misdemeanor battery after a 7-11 clerk told them she sprayed her with hot nacho cheese following an argument.

Ann Marie Laflamme summoned police to her 7-11 early Thursday morning of last week. Police noted that Laflamme had nacho cheese “on her hands [and] foot” when they responded to the scene. More cheese was present on the floor behind the register.

RELATED: Police reveal the sickening motive behind a teenager?s brutal murder of his young siblings

Suspect Stephanie Hicks was there, too, near the entrance of the store. According to the Melbourne Police Department report acquired by the Smoking Gun, the fight started when Hicks went to buy a cup of hot nacho cheese to go with a sandwich.

Laflamme allegedly asked her not to open the hot nacho cheese dispenser. That led to a fight between the two — and a cup of hot nacho cheese in the air! Hicks is also alleged to have used her sandwich as a weapon. Laflamme, the victim, is reportedly unhurt.

Hicks has been transferred to the Brevard County Jail.