“I killed my sister, but I don’t care” — teen allegedly driving drunk live streams the car crash that took her sibling’s life 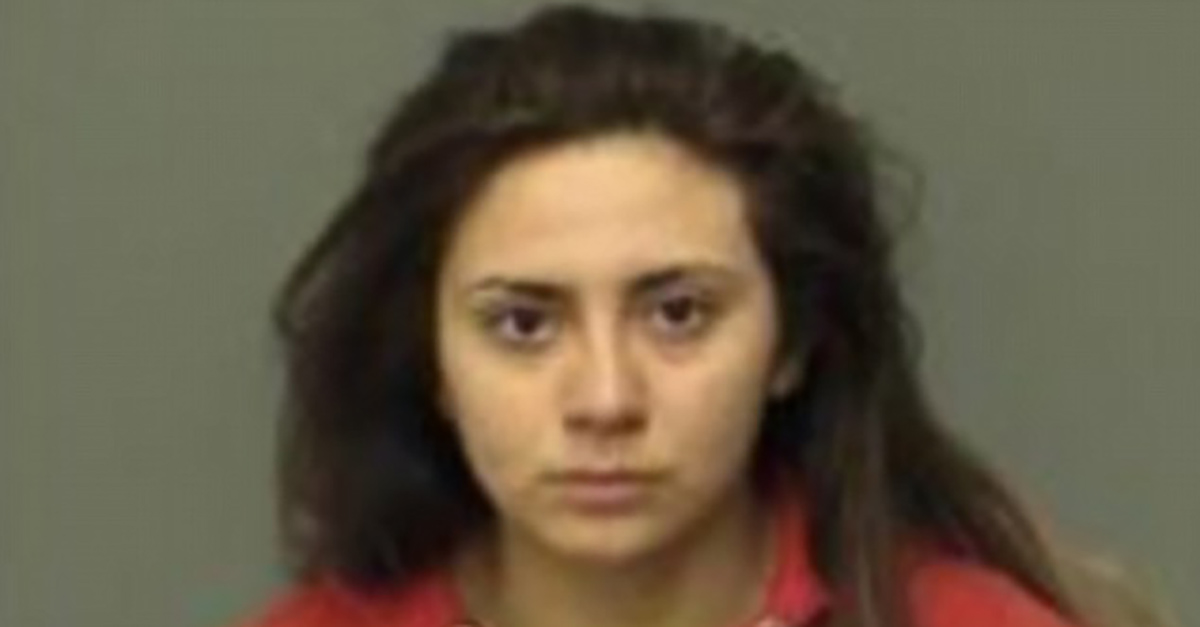 An 18-year-old woman suspected of driving under the influence crashed the car she was driving, killing her younger sister, and she live-streamed the incident to her Instagram account.

Obdulia Sanchez, from Stockton, Calif., filmed herself making hand signs and gesturing to the camera before the fatal crash in Los Banos. Her sister, 14-year-old Jacqueline Sanchez, died at the scene, according to authorities.

The live footage shows the moment the car rolled over a barbed wire fence and crashed into a field. A passenger is seen outside the car, apparently waving for help, while Obdulia Sanchez kneels beside her sister on the ground. Throughout the ordeal, Obdulia Sanchez continues to talk into the camera.

The clip ends with her kneeling next to her dead sister and saying: “Wake up baby, I’m f*****g sorry baby, I did not mean to kill you sweetie.”

A woman in Stockton, Mary Hernandez, was viewing the live stream but wasn’t sure at first if what she was watching was really happening.

“At first we didn’t even want to believe it was real,” she said. “I recorded it and posted it mainly because as someone who uses Snapchat, I see a lot of people driving with their Snapchats doing what she was doing, so to me it was like an eye opener.”

RELATED: A man tried to escape with “tons and tons of cash” and got run over in the process, but here’s the weirdest part

Family members confirmed the video was shot by Obdulia Sanchez. Her sister was supposed to celebrate her quinceañera (15th birthday) soon. The Fresno Bee reported that Jacqueline Sanchez “wasn’t wearing a seat belt when she was ejected through the back window” of the white Buick Century as it crashed and rolled over.

Police say there were two other passengers in the back seat. A 14-year-old girl from Fresno reportedly was badly injured.

Obdulia is now in the Merced County Jail on charges of vehicular manslaughter while under the influence and DUI.

“Sanchez was under the influence when she rolled her car over into a barbed wire fence and then a field,” police told ABC 30.