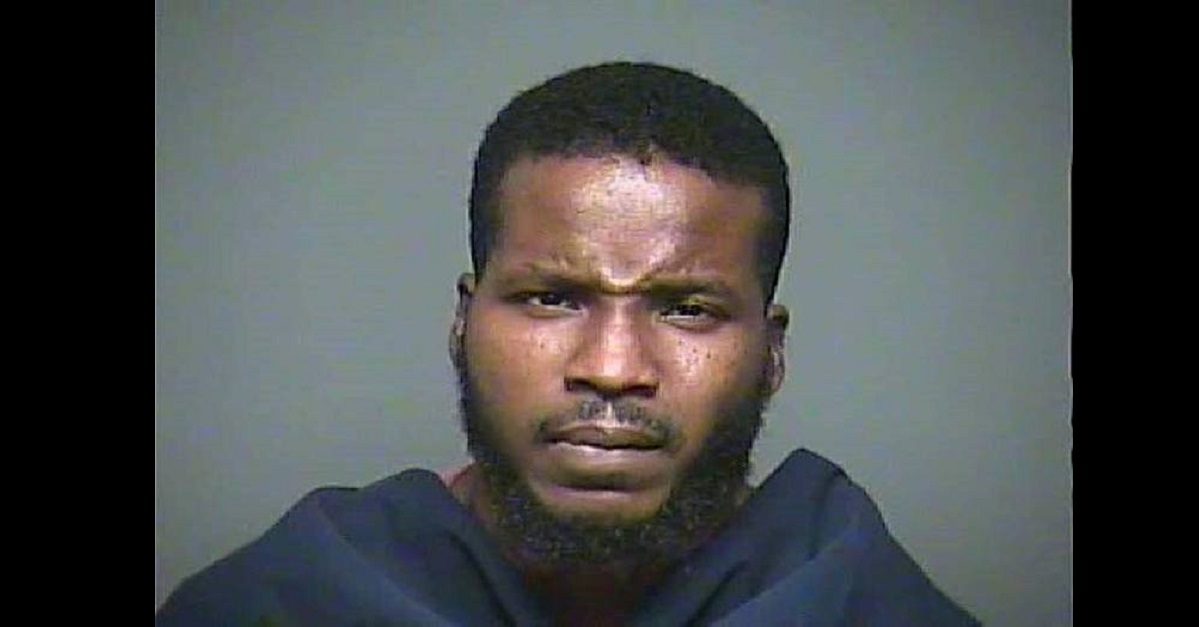 A 23-year-old South Carolina man has been arrested on animal cruelty charges after a chained dog wearing a belt as a collar choked to death trying to crawl to shade in his yard.

Keon Torrence Gladden, of Great Falls, has been charged with one count of ill treatment of animals.

RELATED: Special ed teacher surrenders after she is accused of taking advantage of one of her students

A concerned neighbor called police to Gladden’s Walnut Street home on July 10 and added that he’d checked on the blue pit bull before and believed it was being abused, according to the Island Packet.

In the most recent call, the neighbor said the dog was dead. The animal’s body was “bloating and covered in flies and maggots,” according to the Island Packet and a police report.

While there was a doghouse for the animal to lay in, the dog’s chain was too short to reach the shelter. The dog’s body was nearby a food and a water bowl, both described as “dry and dusty” in the state’s July heat.

Accuweather says the town saw highs in the low 90s for most of the month.

If convicted, South Carolina law says that Gladden could see 90 days in prison, a fine between $100 and $1000 or both.