A 24-year-old man from Kansas City, Mo., faces charges of first-degree attempted sodomy and attempted statutory sodomy of a person less than 12 years old after he was spotted “eyeballing” kids at a playground and pulling down a 2-year-old toddler’s diaper before thrusting up against her.

RELATED: Pa. teen says she was forced to have sex with 1,000 men at a motel — the manager’s response was unreal

William Bates Jr. was arrested Friday after the mother of the child identified him from a police photo, WDAF reported.

The woman said she witnessed Bates “eyeballing” her children and then grabbing her toddler off a swing. She said he pulled down his pants, the child’s diaper and made a thrusting motion.

The mother responded by charging at Bates, tackling him to the ground and repeatedly punching him in the face. His mugshot shows the effects of the beatdown.

RELATED: The disturbing 911 call a captive woman made from a posh mansion has her “boss” behind bars

Although Bates was able to escape, the mother found a phone and called 911. It didn’t take police long to find Bates, whom they say possessed marijuana and a vial of fluid with a chemical odor.

After his arrest, Bates claimed in a police interview that he had no recollection of any wrongdoing and that he’d smoked a cigarette he got from someone at the park.

He said it wasn’t until he was in police custody that he was aware of what was going on.

As mentioned in the opening, Bates faces serious charges. His bond has been set at $150,000 cash. 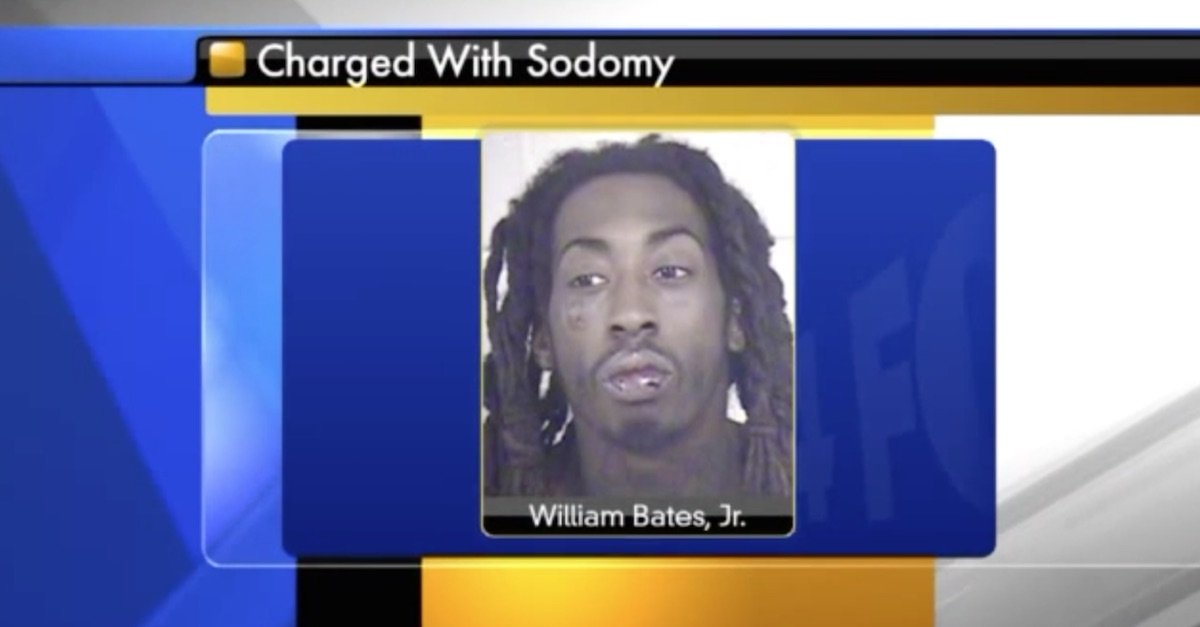