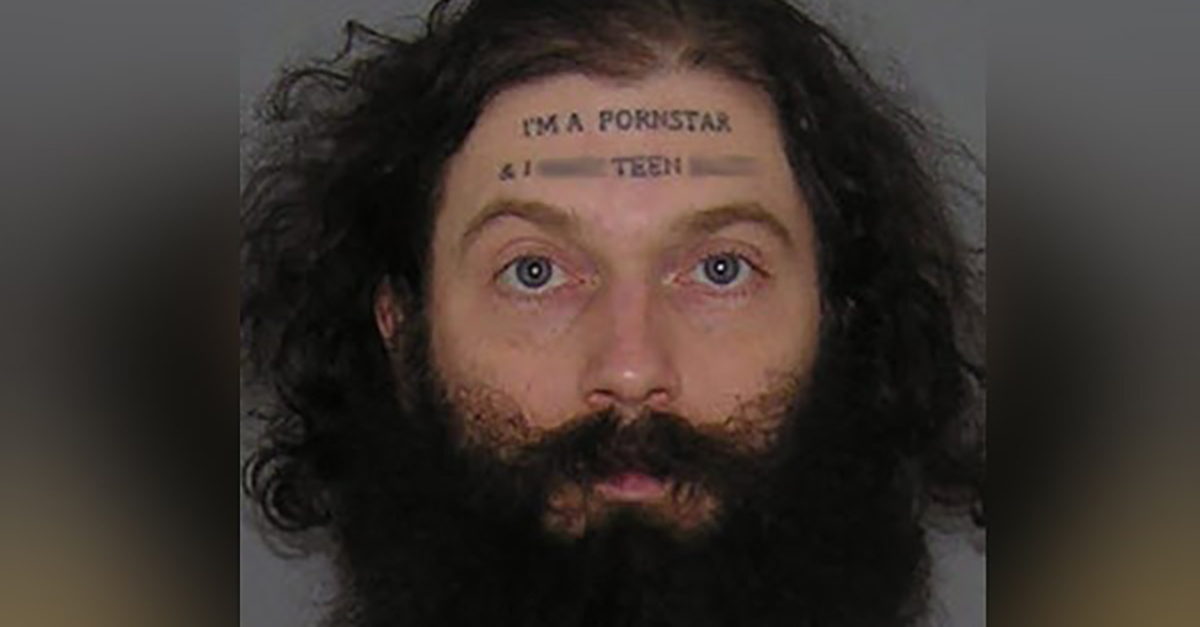 A Cincinnati, Ohio, man with a disturbingly lewd two-line statement tattooed on his forehead was arrested Saturday night and charged with sexual imposition and assault for a crime that occurred two years ago, Fox 19 reported.

Wilson allegedly punched a woman and then kicked her while trying to take her to the ground in May of 2015, according to an affidavit obtained by Fox 19.

Court documents allege that Wilson then began ?groping the victim in her private parts.?

RELATED: A pinch of assault?: Cooking show winner admits having sex with a teen as charges boil over

According to WCPO, the woman identified Wilson in a lineup. His strange taste in tattoos probably made him stand out.

Wilson’s attorney has asked for a mental health evaluation to discern if he is fit to stand trial, according to WKRC.

A judge set Wilson’s bond at $50,000 and also ordered him to keep away from his alleged victim in the event that he posts bond and is released.