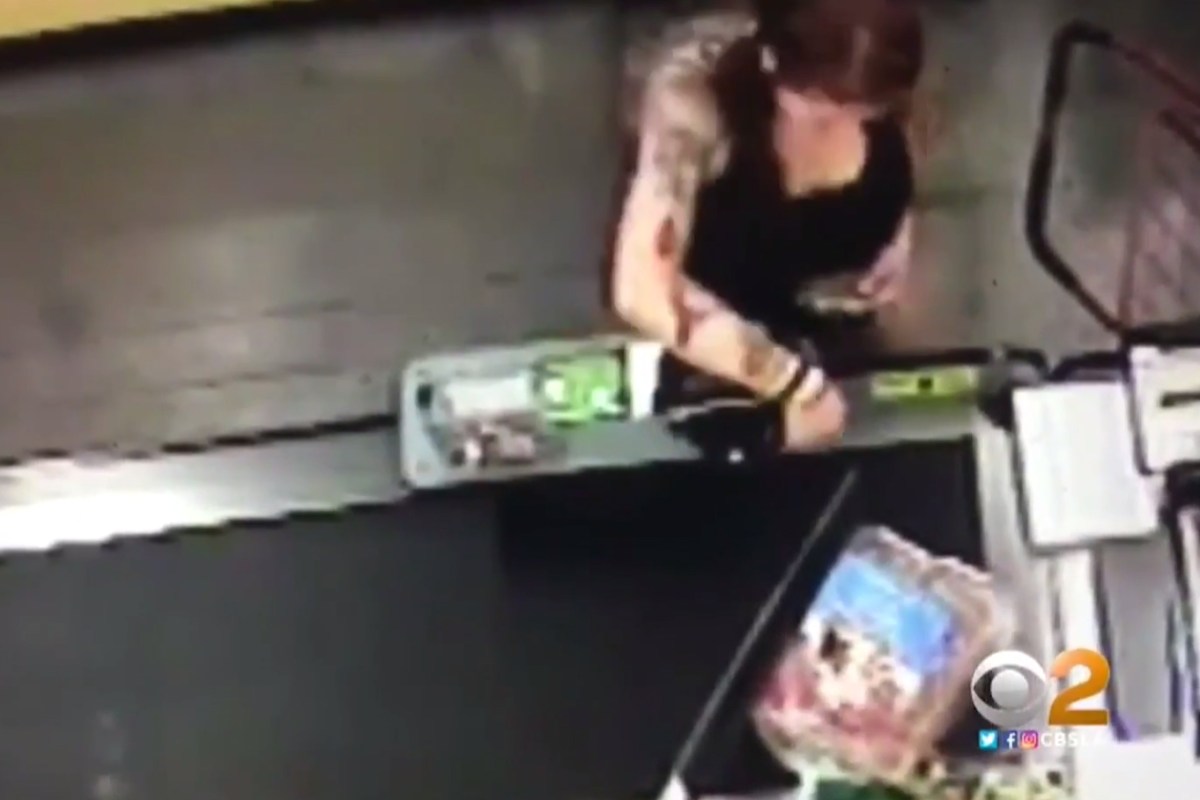 A mother who abandoned her 2-year-old daughter Sunday in a Southern California grocery story was identified and arrested after the Riverside Police Department made an appeal to the public.

Chiengkham “Cindy” Vilaysanem allowed her child to wander off in the store, and then refused to take her back, saying, “Oh, just leave her,” when a Good Samaritan shopper tried to return the worried little girl, according to police. The woman was taken into custody on suspicion of child endangerment, child neglect and being under the influence of controlled substances.

After ditching her daughter, Vilaysanem finished her shopping, checked out and left the store with her groceries — but not her child. The girl was found around 5 p.m. at the Food-4-Less grocery store. The girl then identified her “mommy” on the surveillance video to police.

RELATED: While at a football game with her mom she disappeared, then was found dead

Surveillance video shows the woman leaving her child behind.

On Tuesday, Vilaysane walked into a nearby bank; a teller recognized her from news reports and called the police.

Vilaysane was once placed on a 72-hour psychiatric hold and had run-ins with the police for drug and alcohol offenses, according to the Los Angeles Times. She was reportedly also recently kicked out of her family home.

Vilaysane’s daughter was placed in the care of Child Protective Services. According to the DailyMail.com, the little girl is safe, but shaken by what has transpired.

Police have located other family members and they are now helping in the investigation.

RELATED: A Florida woman abandoned her newborn, and then she does this!?

Vilaysane’s social media pages list her as being 32 years old and say that her daughter’s name is Danica. Police said she also has an older daughter who lives with her father.

The woman posted a number of photographs of her with her daughter on her Facebook page. There is one post dated March 2 that has raised eyebrows; in it, Vilaysane wrote “ready to leave with you whenever” with her “husband to be.”