Police shot and killed an active shooter late last night after an hours-long confrontation with the man, who had been shooting at no target in particular from a boat in Washington State’s Eagle Harbor, close to Bainbridge Island.

RELATED: A man who went for a walk naked in Walmart because his friends found it funny has a mugshot that says it all

Residents were warned by Bainbridge authorities to shelter in place and avoid windows.

The Kitsap Sun reports that the man began shooting around 9:15 p.m. Saturday. He has not been publicly identified by police yet.

Witnesses told KOMO News the man’s boat had been moored in the harbor for about two weeks. One witness said she overheard the man say something about the police response: “I own them. Let them come.”

A KOMO News reporter Kristen Drew said she was eating dinner with friends when she saw cops running on the docks. She heard one officer say “Those are not fireworks.”

“Periodically throughout dinner, we could hear what sounded like fireworks, but now given the situation, obviously we now know they weren’t. My friends and I got into the sailboat, turned off the lights and sheltered in place,” Drew said.

No one was injured in the incident, which led to a lengthy standoff with police. They used flashbangs and other non-lethal methods in attempts to get him to surrender before shooting him just after 11:00 p.m.

At one point, the unnamed shooter took his clothes off.

Bainbridge Isl standoff suspect came onto the deck of the boat naked, retrieved a rifle & pointed it at police – Suspect was shot #komonews pic.twitter.com/K6pOWKBfiN

After he retrieved a rifle and pointed it at police, they opened fire on the man, killing him. He was pronounced dead on the scene.

A number of law enforcement agencies, including the Bainbridge Island Police, Bremerton police, FBI and the Coast Guard, responded to the shooting situation. 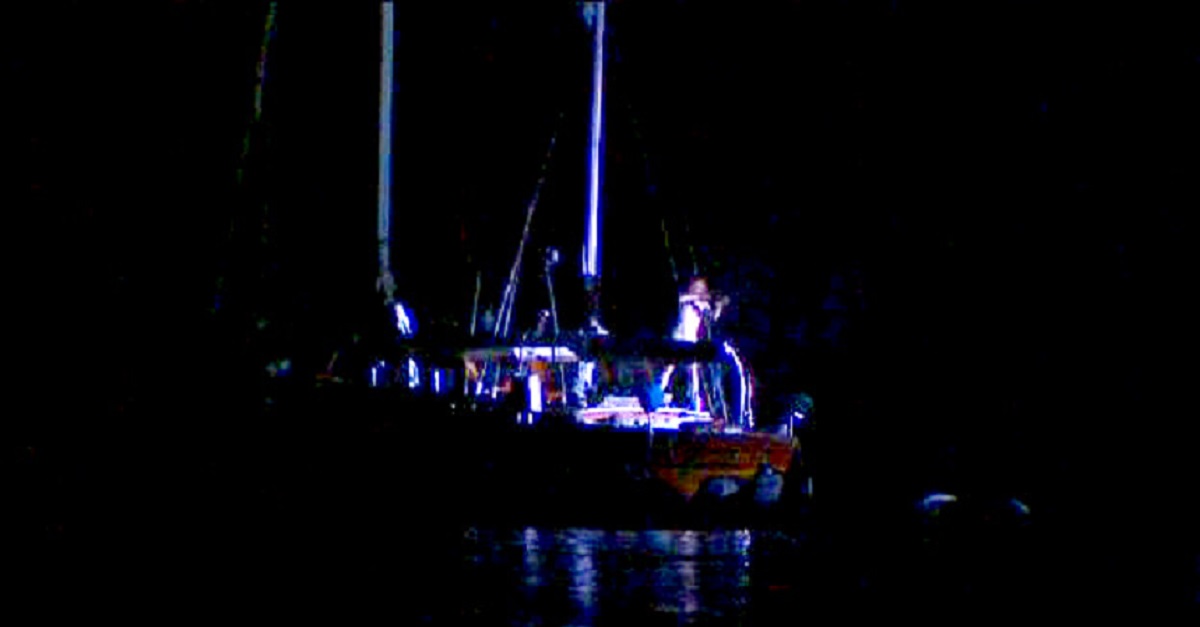