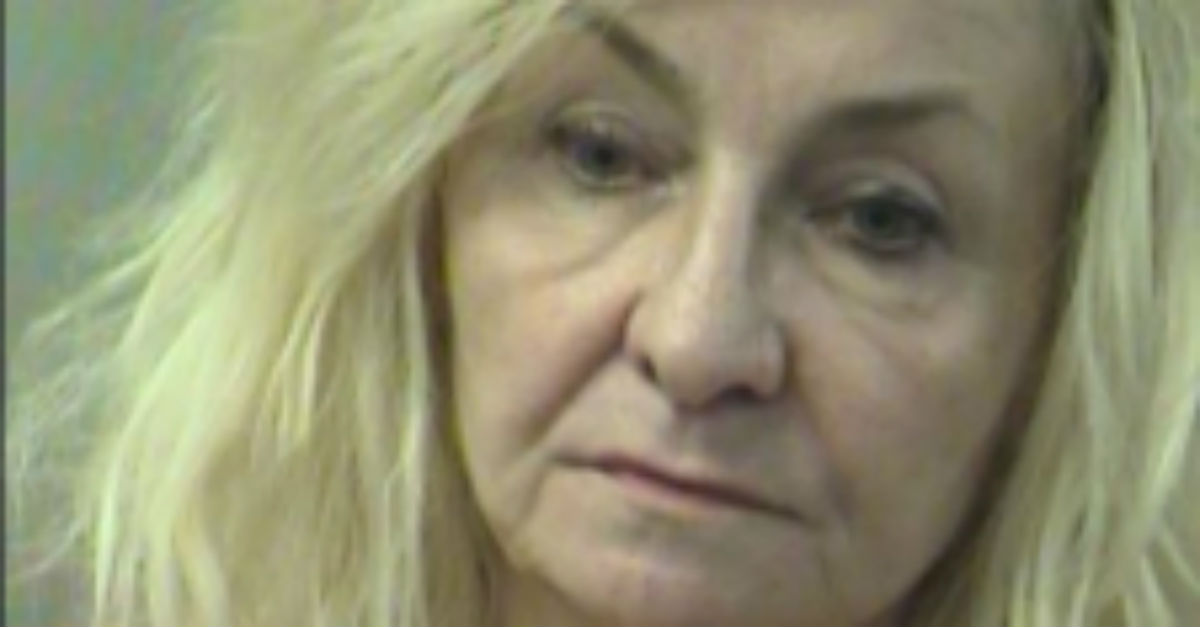 Police have added an extra charge after finding the body of a man in a Florida woman’s house and her children informed them that she shot him to death.

The children of Barbara Wozniak, 65, told police that she shot and killed husband Alfred Wozniak, 72, reportedly in self-defense after he tried to choke her, according to one account. Wozniak then hid his body behind a makeshift brick wall that was inside of a downstairs closet.

BREAKING NEWS: Barbara Wozniak charged with murder in shooting death of husband in their Shalimar home. Body was duct taped and hidden behind false wall in closet https://t.co/VNPzkz5ZqU pic.twitter.com/5sxO21qpl3

After obtaining a search warrant, investigators in Okaloosa County Sheriff’s Office entered the home and were quickly greeted by the smell of a decaying body.

Then they found a makeshift brick wall.

Behind the wall was a tarp covered in duct tape containing the husband’s body inside, with various parts of his body taped together.

The sheriff’s office explained as much in an arrest report:

Investigators obtained a search warrant and found a fabricated brick wall inside a closet under a stairway. After removing the bricks and drywall, a large dark plastic type of tarp was observed, shaped in the consistency of an adult body. The material had been thoroughly duct taped. It was transported to the Medical Examiner?s Office where an autopsy Friday determined Alfred Wozniak had been shot in the left temple. His arms were duct taped at the wrists and placed across his midsection and his feet were taped together at the ankles.

The body was transported to a medical examiner where it was determined that Wozniak shot her husband in the temple.

Investigators also found that Wozniak’s debit card was used at a Fort Walton Beach business to purchase the supplies that were later found around her husband’s body. These included a tarp, a plastic sheet, 20 pounds of repair mortar, Clorox, and tape. A white female matching her description was seen on a surveillance tape from the store.

Wozniak had already been arrested and charged with second-degree murder. While in police custody, police added tampering with evidence to the list of charges against her.