Police in Jacksonville, Fla., say they caught a pair of men looting in the wake of Hurricane Irma, but their target wasn’t clothing or electronics: it was a fallen power pole.

Police say the men placed the exceedingly long object on the top their SUV as if it were a kayak or canoe, complete with dirty white t-shirts hanging from the end of the pole, a courtesy to warn motorists of the oversized load and not to get too close. It was such a bizarre scene that the Jacksonville sheriff’s office posted a photo of the suspects sitting on the curb shirtless and handcuffed on Facebook, writing: “These two were caught stealing a JEA pole just this morning! Citizens watching out and officers cleaning up = partnership! #HurricaneIrma.”

It’s not clear what anyone would do with a power pole if they managed to get one. Social media users noted that they would have had a hard time selling it as scrap metal, since it would be rather obvious that it was stolen city property.

Meanwhile, more than 3.2 million people across Florida were without power Wednesday.

Looting has been a bit of an issue in Irma’s wake, with 32 arrests being made in the state. Some of the state’s police departments have taken to social media to discourage people from looting.

After nine people were caught on camera looting a pawn shop and clothing store in Fort Lauderdale, Chief Rick Maglione delivered a frank message: “Going to prison over a pair of sneakers is a fairly bad life choice. Stay home and look after your loved ones and be thankful they are all safe.” 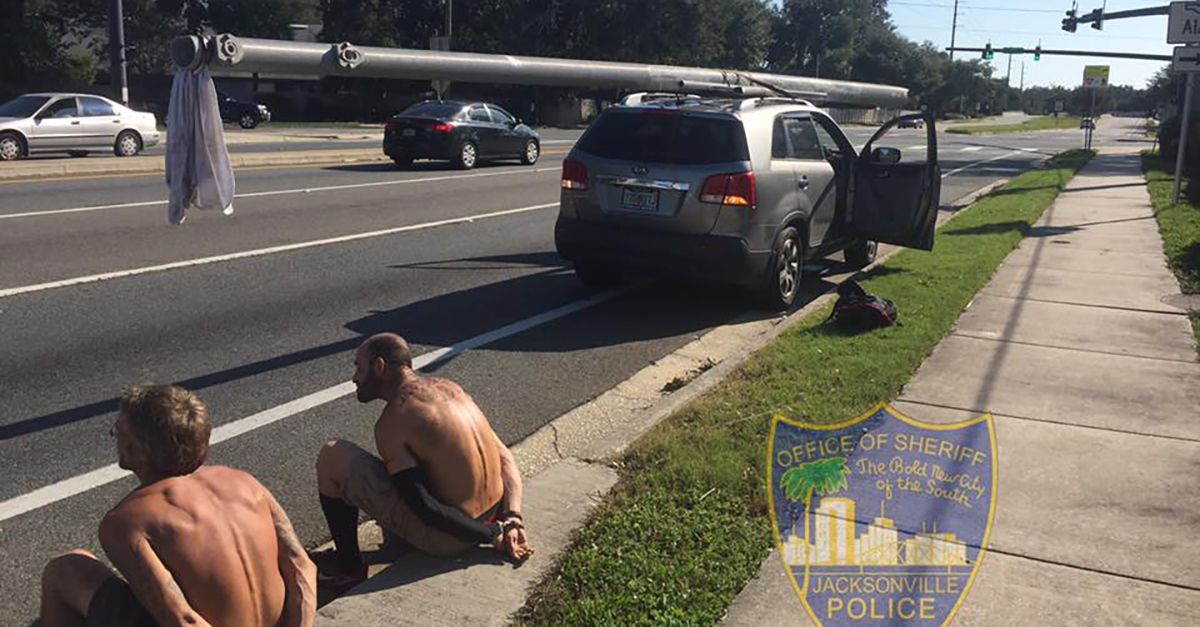