She admitted to “hooking up sexually,” and now, this teacher could be on her way to prison 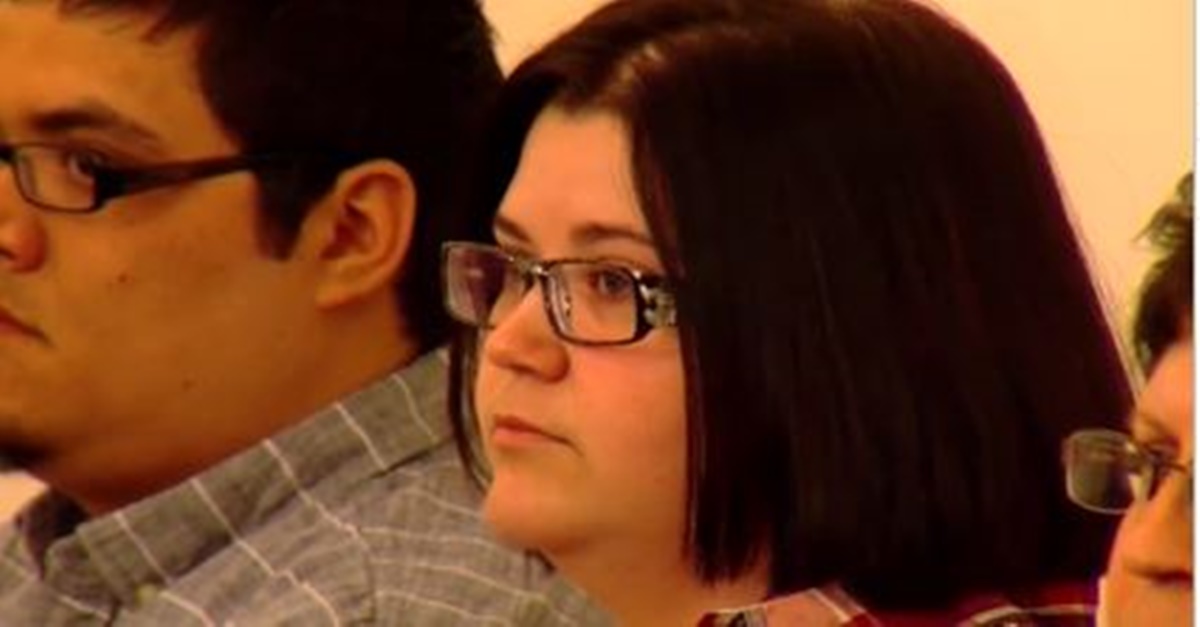 A 27-year-old female former high school teacher admitted to “hooking up sexually” with a student and now faces up to 18 months in prison.

Tiffany Cordes, who taught at Union Local High School in Belmont, Ohio, pleaded guilty Thursday to a count of sexual imposition. Under Ohio law, it is defined as “the touching of another person’s erogenous area.”

She was fired from her job, and as part of her guilty plea, she will be required to register as a sex offender, WTOV reported.

The incident happened when a student with a pickup truck helped Cordes haul several loads of supplies for prom from a local home improvement store, according to Belmont County Prosecutor Dan Fry.

The mother of the 18-year-old boy caught him texting with Cordes and called the police. The boy told investigators that during his time with Cordes, she told him that she “hooked up” with another student.

Police interviewed that student, and he admitted to being with the teacher at least once.

RELATED: His baby son drowned at home because police say he did something unimaginable

Even the though the student was 18 years old, the prosecutor argued that Cordes violated “a position of trust” by engaging in sexual behavior with him.

After school administrators became aware of the charges, she was fired and banned from school property.

Cordes is due to be sentenced on Oct. 27.