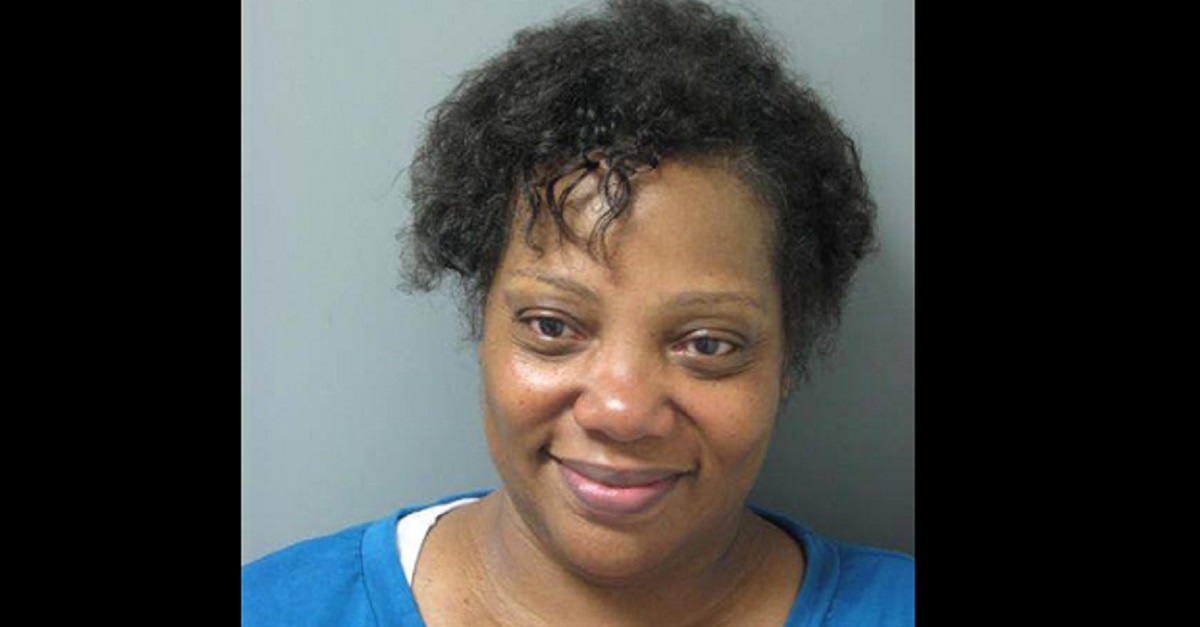 How would you react if you were a cop and someone said something to effect of ‘Hey, instead of taking me to jail, how about I lick your butt hole?’

One Louisiana police officer wasn’t very flattered by the offer 52-year-old Diane Thomas made him while she was handcuffed after a domestic violence incident.

Corporal Ballard arrived at Thomas’s house where she had allegedly punched her boyfriend multiple times in the face. The Smoking Gun reports that Thomas told police she hit her boyfriend because he was a “bitch” and says he ?got in her face so she beat his ass.?

The Monroe Police Department says that Thomas then tried to get out of an arrest and losing her job by making a less-than-enticing offer.

“If you won’t take me to jail I will get on my knees right now. Officer I will even lick your butt hole,” the police report quotes Thomas as saying.

Thomas was facing charges of misdemeanor domestic abuse, but that one slip of the tongue added on a felony public bribery charge.