A stop for a broken tail light in Monroe County, Florida became an animal rescue mission when a Monroe County Sheriff’s deputy discovered three endangered Key Deer hogtied in the backseat and trunk of the vehicle.

The Miami Herald reports that arrest warrants filed by Florida Fish and Wildlife Officer Clayton Wagner noted the captured deer “had wounds all over their body and head and were struggling to break free. Blood was soaked into the seats and deer hair was heavily scattered throughout.”

RELATED: Watch this deer fearlessly walk right up to a hunter and lick the barrel of his shotgun

The sheriff’s deputy called the Florida Fish and Wildlife Conservation Commission, who documented the crime. Two does were tied in the back of the car, and a buck was hogtied in the trunk.

Key Deer are protected under the Endangered Species Act. A small subspecies of the more common Whitetail Deer, they can grow to be the size of a large dog. There are just 600 to 800 estimated to live in the wild.

Erik Acosta Damas, 18, and Tumani Anthony Younge, 23, were arrested. The pair are held without bond on a slew of charges: multiple felony counts of wounding a protected species, misdemeanor counts of taking deer out of seasons, three counts of animal cruelty and three counts of illegal possession of Key Deer. Each could see five years and a fine of $5,000.

Acosta, 18, said he took the deer because “he wanted to take pictures with them.” 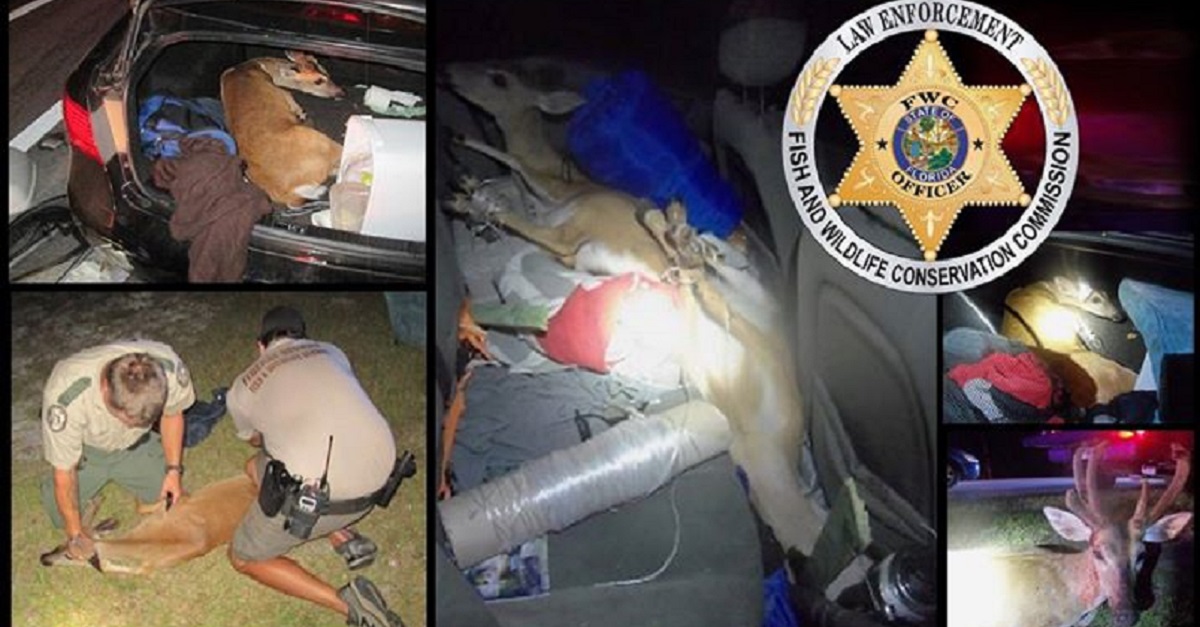