A Texas man who tore a page out of The Rolling Stones’ discography and painted it black (his face, that is) was arrested after he was spotted running in and out of traffic at 11 a.m. on Monday in Denton.

Joseph Augustini, 25, police say, had ink all over his face and a spiderweb drawn onto the rest of his body.

According to the Star-Telegram, Augustini gave the police officers “rambling random answers” and could be heard saying, “I am the law.”

When authorities asked for Augustini’s name, that’s how he replied.

“I know the law, I am the law!” he said. “I am the law.” He also asked officers to remove their guns because it would not be a “fair fight.”

This was no mere drunken incident.

RELATED: This Portland man wasn’t about to take his mugshot without his fine-feathered friend right beside him

Police say they found on his person a glass pipe and amphetamine residue.

There is no shortage of ridiculous mugshots. Look no further than that guy and his parrot. 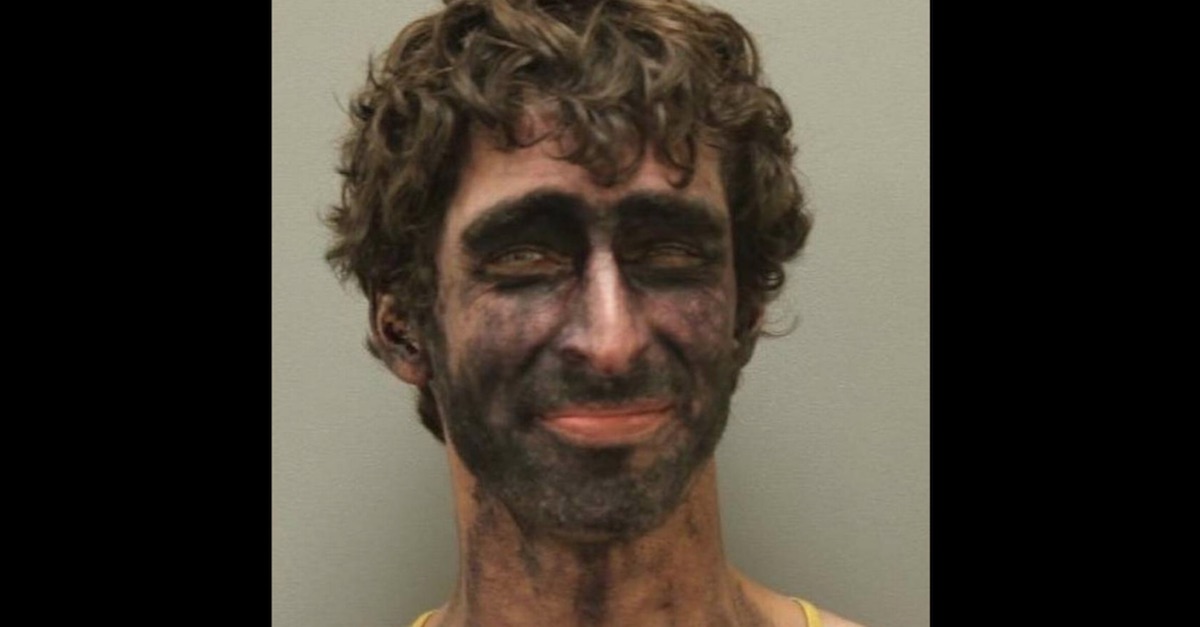