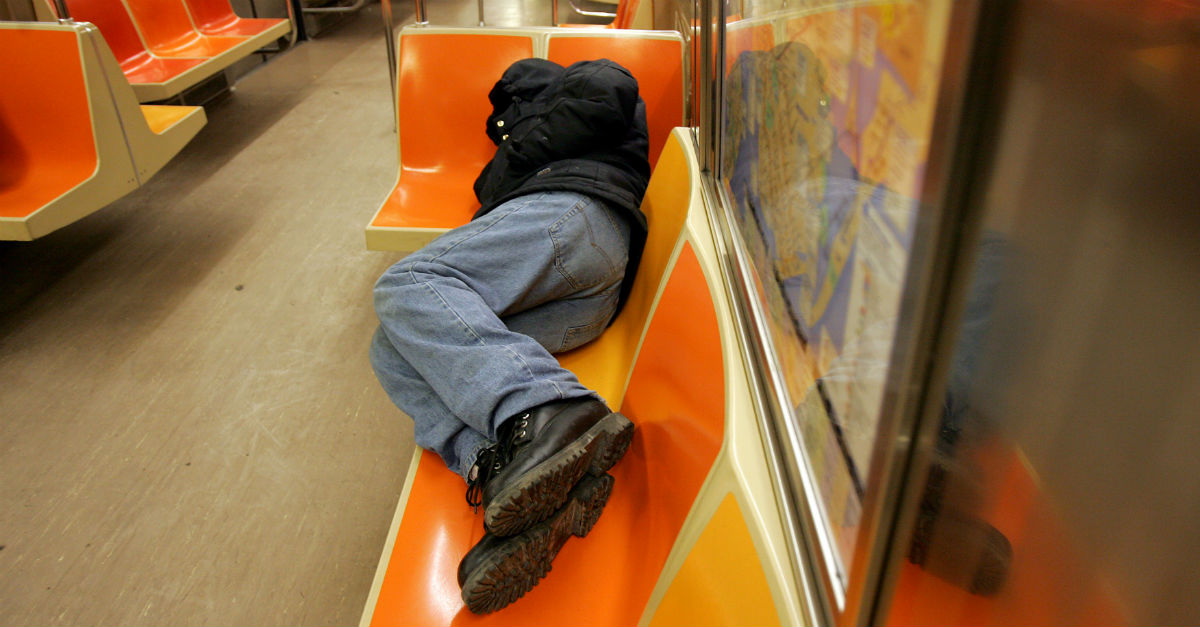 A 26-year-old was peacefully listening to music with her eyes closed while commuting aboard the New York subway. The last thing she expected was to have someone urinate on her.

The New York Post reports that she opened her eyes when she felt something warm hit her face. She saw, standing before her, a perverted man taking advantage of her position.

The man ran away after exiting the train at the Cypress Hill Station. The woman then reported the incident to officers.

The incident occurred on the J train in Jamaica around 2 in the morning. Authorities are still searching for the suspect, who was standing at about 5’3″ and wearing a red shirt and black pants.