A pair of newlyweds from Georgia who were honeymooning in Hialeah, Fla., have been arrested for the alleged kidnapping and rape of a 27-year-old woman who was leaving a Publix on Sunday, July 9.

RELATED: Married school superintendents are at the center of child sex abuse accusations that will make your skin crawl

Rashada Hurley, 32, and Timothy Lowe, 37, allegedly kidnapped the woman, beat her and drove her to a Motel 6 where they raped her. The victim was able to escape when her attackers were distracted.

Later on, the victim would positively identify them in a police lineup.

According to WPLG, the victim rolled down her window when Hurley approached and was knocked out. The next thing she knew, Lowe was driving her car and she was being restrained by choking.

Hurley and Lowe proceeded to book a hotel room with their victim’s credit card. In that room, the woman was forced to have sex with the couple and perform oral sex on Hurley.

Thankfully, she was able to escape when they were distracted, while the couple stole her car and drove away.

The very next day, Hurley and Lowe were spotted going into Miami stores completely naked. In one instance, they walked into a convenience store, opened up one of the soda fridges, stole some bottles and left without paying.

Ibis Rodriguez, an employee, told WPLG what she witnessed.

“[They] open the door and go to the freezer for two sodas, and come back and leave,” she said. “I’m thinking they are crazy.”

The dangerous pair also went into a Walgreens, but were stopped by employees.

It wasn’t until Wednesday that Hurley and Lowe were found and arrested. Their victim confirmed their identities in a police lineup.

RELATED: A teacher who had sex with a special ed student “a handful of times” somehow got her husband’s support in court

Miami-Dade County Judge Victoria Sigler would say this was a “Hell of a honeymoon.”

For everything mentioned above, Lowe and Hurley now face a boatload of serious charges, including “kidnapping, robbery, sexual battery, indecent exposure, petty theft and grand theft.” 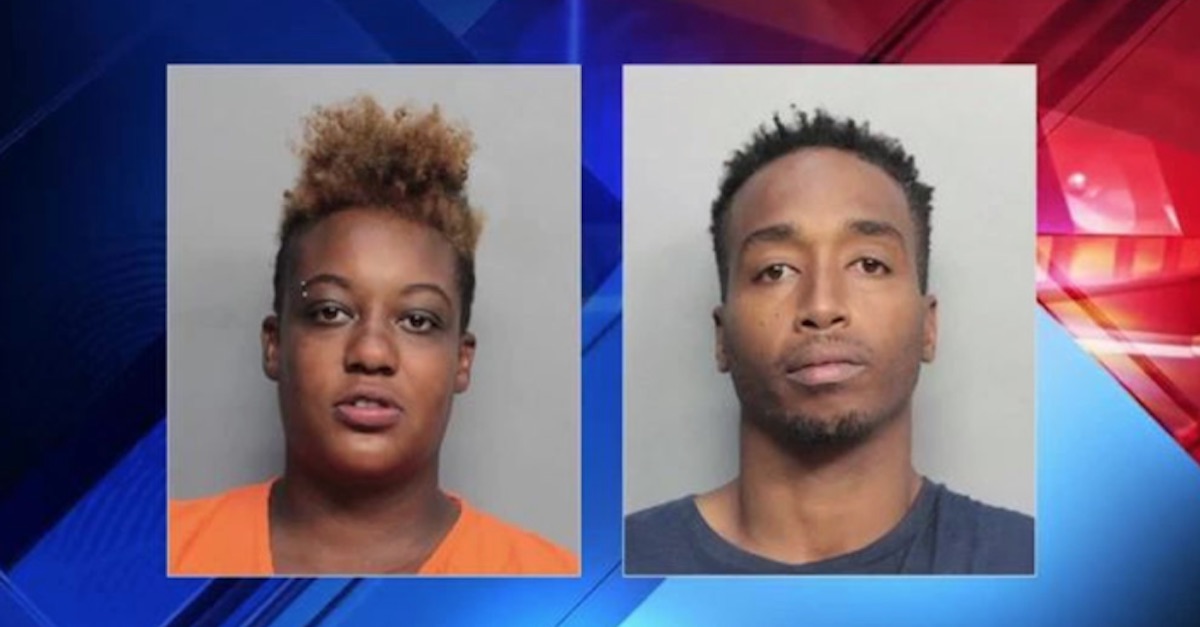