Every year, the “Met Gala” at the Metropolitan Museum of Arts is one of the premier social events of the season. The A-list celebrities flock to the ball and show off their new outfits, and though some of them had pretty absurd get-ups, nobody looked stranger than Russian artist Fyodor Pavlov-Andreevich. The 41-year-old wedged himself in a clear fiberglass box and had a few co-conspirators drop him off on the red carpet.

According to NBC New York, officers demanded Pavlov-Andreevich remove himself from the box, but he refused. A video of the stunt was uploaded on Vimeo, and E! News reported that the Brazilian artist has attempted this a few times before, including once in Venice and on another occasion in South America.

RELATED: The 2017 Met Gala was a fashion snooze-fest but these celebrity looks really left scratching our heads

Police quickly removed the artist, and according to his Instagram page, he was “arrested and put in prison […] he is now under criminal lawsuit.” He also uploaded an image of him being booked. 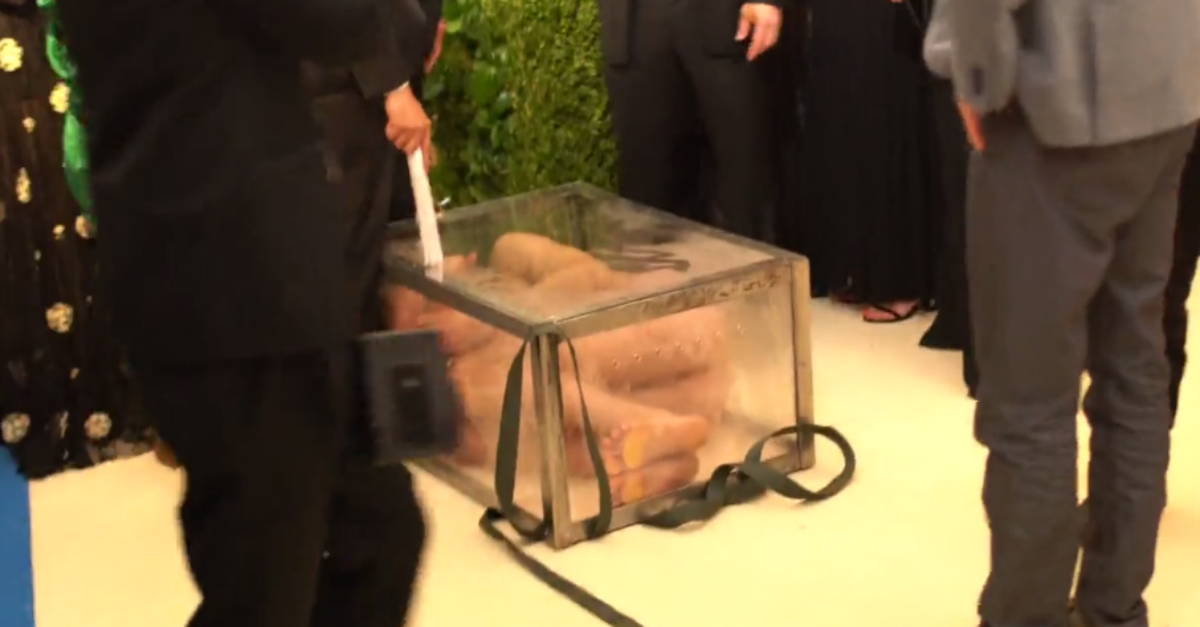