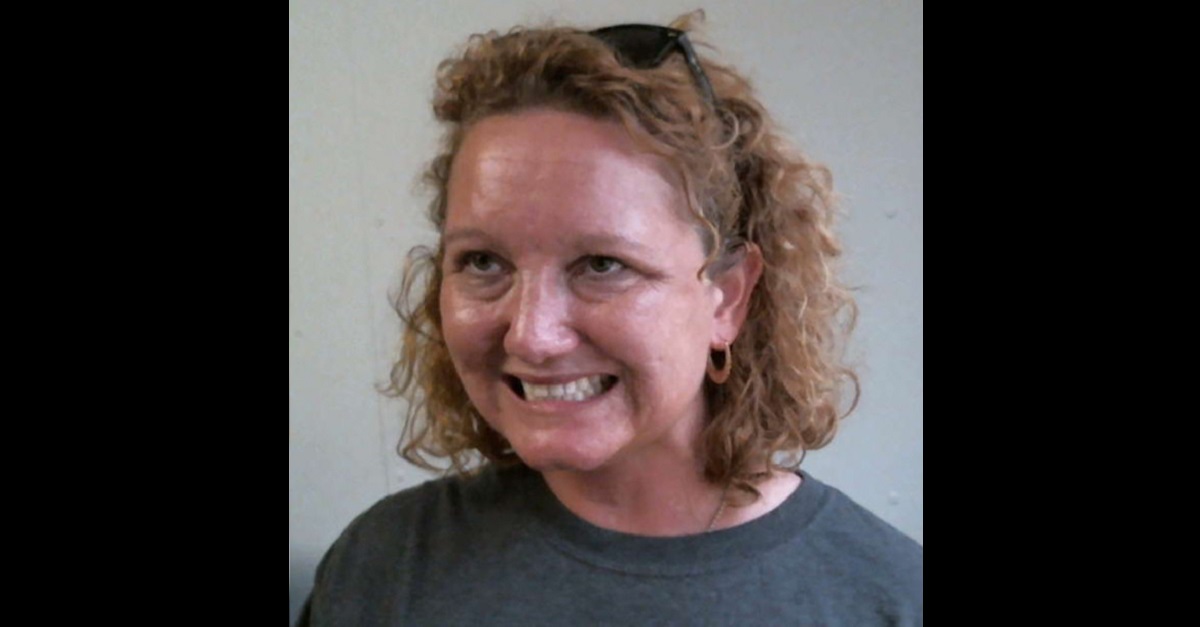 A 39-year-old Massachusetts woman found herself in a pickle after she allegedly took her shirt off and assaulted an off-duty Sandwich Police officer with a knife after charging his car with her own.

Susan Kettell faces a slew of charges, according to the Cape Cod Times, including weapons charges, “wanton and lascivious conduct,” open container and impaired driving offenses and driving on a suspended license.

The New York Post reports that her weapons charges are felonies.

On Saturday July 22, in an apparent road rage incident, an off-duty Sandwich police officer said Kettell took her shirt off and charged his vehicle with a knife after “driving at” his vehicle with her Ford Explorer. The officer also claimed that Kettell drove holding that knife and threw a cigarette at his vehicle.

On-duty Sandwich Police officers caught up with her later that day. A police report cited by the Times says police found open bottles of Guinness in the car and a “large dagger type knife” in a bag, indicating a search of the vehicle.