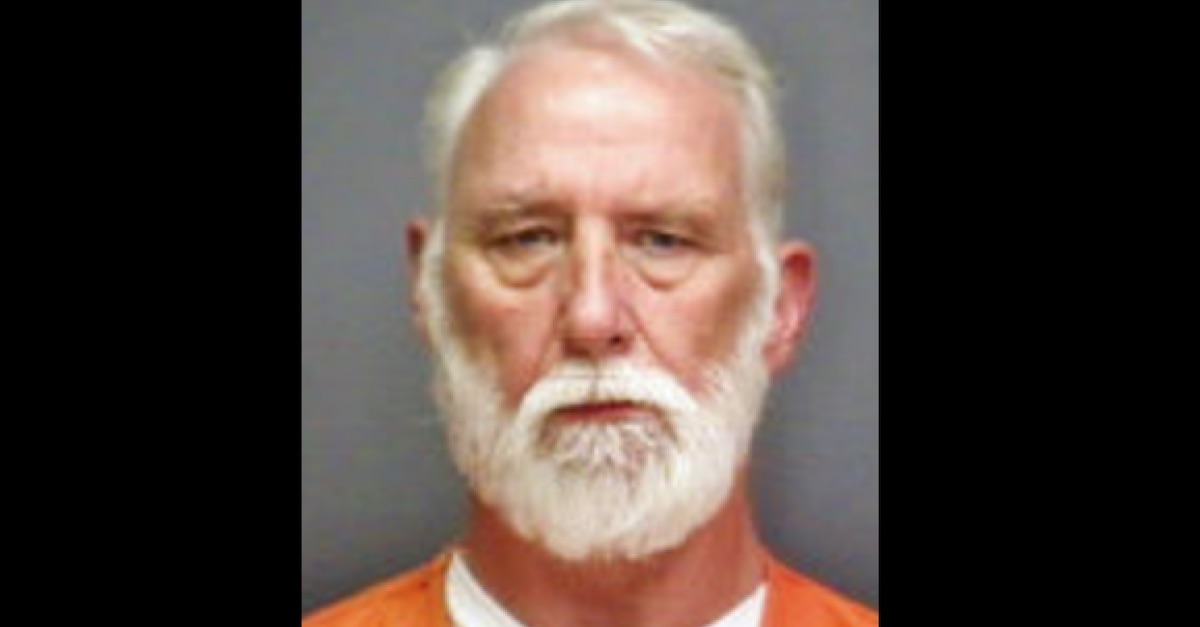 A 59-year-old man from Chatham, Virginia, who couldn’t watch as a video played in court of him telling his ex-girlfriend to ?shut up and do it,? it being have sex with a dog, has been found guilty of felony bestiality.

RELATED: Indiana man who?s sexually abused animals since the early ?90s has made a unique request

The Danville Register & Bee reported that Arthur Anderson Warren faces up to five years in jail for his crimes against the animal. The judge’s ruling occurred on Aug. 22.

Warren sat in court with one hand over his face as two videos involving the dog played.

Judge Stacey Moreau said that Warren “participated on his own admission and per witnesses? testimony.”

Remarkably, Warren told police about the videos to try and lessen a trespassing charge. He was accused of trespassing on 53-year-old Kelly Hardy’s property in March.

Hardy saw her own felony bestiality charge reduced in August to misdemeanor cruelty to animals as part of a plea deal.

Given the nature of the videos obtained, it appears revealing their existence has backfired in a major way.

The Chatham Star-Tribune detailed that attempt, and it is, as you will see, bizarre.

The story goes that Deputy Adam Reynolds of the Pittsylvania County Sheriff?s Office spoke with Warren at his home in March and that he asked “whether or not having sex with animals was legal.” Warren claimed he wasn’t personally involved, which turned out not to be the case in an open and shut way.

RELATED: Judge drops gavel on woman who had sex with dog as her man looked on

Deputy Reynolds said Warren kept trying to get him to watch the video on a cell phone.

Defense attorney Glenn Berger’s statement in closing arguments was something to behold.

?This is a difficult case in many respects. To deal with private sexual acts is distasteful for all who watched,? he said on Aug. 22. ?We all learned in the sixth grade you don?t kiss and tell.?