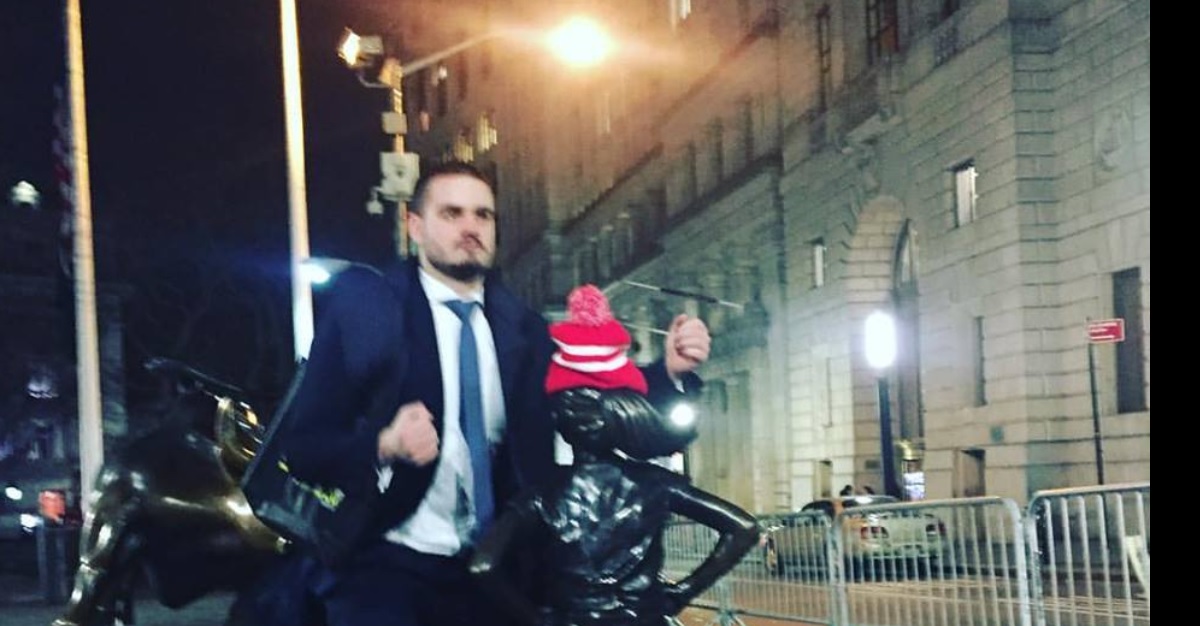 For the cynical among us, it was only a matter of time.

“Fearless Girl” is a statue on Wall Street. It was installed Tuesday (the day before International Women’s Day) by State Street Global Advisers, an asset management company. The New York Daily News said they installed it as part of a campaign to pressure companies to include more women on their boards. The statue is mounted, somewhat provocatively, across from Arturo Di Modica’s infamous “Charging Bull” statue (1989).

RELATED: Hours before his own wedding, this groom was waiting in the bushes, preparing for something awful

The statue went unmolested for just over a full day. Queens artist Alexis Kaloyanides was there when a man in a suit and his friends decided to change that.

In a post calling the assailant a “Wall Street finance broseph,” she denounced the man and his “gross date rape-y friends” for depicting a sex act on the statue of the little girl.

She said the incident is “why we need feminism.”