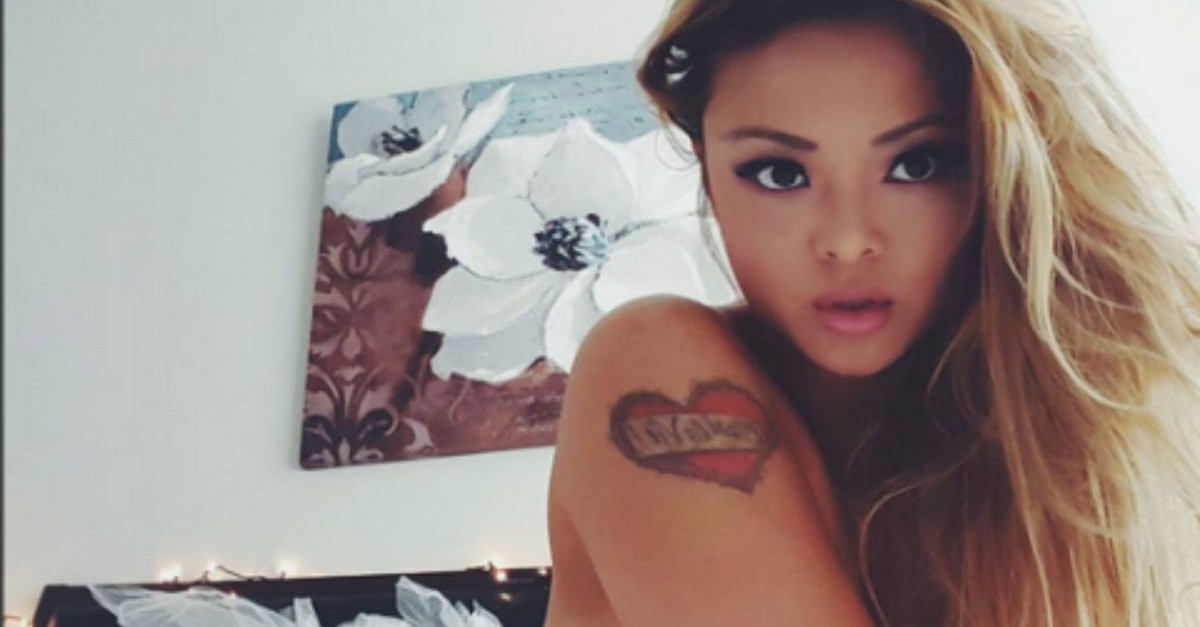 4/20 clearly got the best of Tila Tequila.

In a bizarre stream of tweets, the controversial reality star wished Adolf Hitler a happy birthday.

She started by proclaiming she was the reincarnation of the Nazi party leader. “Happy birthday to my past life historical figure, most epic legend of all time, Mein Furhor, Adolf Hilila! The most high,” she tweeted.

It didn’t end there.

The twitter tirade just kept getting weirder when the 34-year-old supporter of Donald Trump shared a photoshopped photo of herself as Hitler, noting “the second coming of Christ in the end times prophecy has been fulfilled.”

RELATED: This mom’s “creative” solution to earn a little extra money through crowdfunding is absolutely ridiculous

If you thought Tila should have quit while she was behind. She unfortunately kept going.

Tequila responded to a user questioning her stance,  “He was a good guy. He tried to save his people but the reptilians won and ruined his legacy and made him bad.”

“On this great day of 420 I will honor our true king,” she added, tweeting the two are “soulmates.”

See more of the outlandish tweets Tequila thought were cool to post on Wednesday:

Using necromancy to bring my boo Hitler back to life so he can really gas I mean... say hello to everyone! 🙂 https://t.co/9fjPlynN2X