Menu
Follow us
Search
Menu
Search
HIDALGO, TX - MAY 28: Special agents from Immigration and Customs Enforcement (ICE) and Border Patrol question a woman while her vehicle is searched after she was stopped heading into Mexico at the Hidalgo border crossing on May 28, 2010 in Hidalgo, Texas. The inspection was part of a Department of Homeland Security (DHS) joint effort between ICE, Customs and Border Protection (CBP) and Customs and Border Patrol. The organizations are trying to slow the flow of guns, money and drugs from the United State into Mexico. (Photo by Scott Olson/Getty Images)

The conversation surrounding “sanctuary cities” has been a hot debate since before the election. In the era of Trump, a number of prominent mayors have vowed not to bow to the federal government. In California, mayors have lined up in defiance. San Francisco Mayor Ed Lee declared, “Sanctuary cities are safer, more productive, healthier places to live.”

#SF knows that #SanctuaryCities are safer, more productive, healthier places to live. We work for all our residents. #SFStandsAsOne pic.twitter.com/768sO981Q4

Just after Trump’s election, Santa Ana voted unanimously to become a sanctuary city. When the Department of Justice threatened to cut funding to those cities who refused to relinquish their status as sanctuary cities, Santa Ana City Councilman Sal Tinajero noted to the LA Times that his city has $50 million in reserve “just in case.” Los Angeles Mayor Eric Garcetti stated, “We will never [let] our police department be an immigration deportation force, mostly because it’s the right thing to do but also because it’s the best thing for public safety…if you don’t have trust in your community, you can’t police it.” He went on to cite a huge MS-13 raid, noting that the police chief told him, “We couldn’t have done that if the immigrant community didn’t trust us; because the intelligence that we gathered about who the people are — the murderers, the rapists — came from folks who were willing to talk to us.”

RELATED: Once again, Trump bows to reality on immigration

While the term “sanctuary city” is largely undefined, the most noticeable aspect of a sanctuary city is the right of police to stop and ask citizens, point-blank, about their immigration status. In Los Angeles, police are not allowed to ask passersby “for their papers.”

However, in the conservative stronghold of Arizona, Phoenix has relinquished their status as a “sanctuary city.” Since 2008, police in Phoenix are allowed to ask citizens about their immigration status and even call ICE if they suspected that they’ve found an “illegal alien.”

Contrary to what the powerful Californian mayors may have suspected, the result in Pheonix was a decrease in crime. Levi Bolton, who heads up the Arizona Police Association told Fox News, “We saw a decrease in crime.” He speculated, “It had a deterrent effect on folks because the risk of discovery went up exponentially when we actually enforced the law.” In fact, Bolton said that the city saw a 20-year-low in the crime rate.

The immigration debate and the evolution of immigration laws is a heated battle with loud voices on both sides. Republicans notched a victory Thursday when the House of Representatives passed “Kate’s Law” which boosts penalties for convicted criminals who repeatedly enter the United States illegally. But, the larger bill from Thursday, that will see time on the floor of the Senate is the “No Sanctuary for Criminals Act,” which cuts federal grants to sanctuary cities. If the “No Sanctuary” bill passes, victims of crimes committed by undocumented immigrants will be able to sue the sanctuary city where the crime was committed. Both bills will likely hit the floor soon after the July recess. 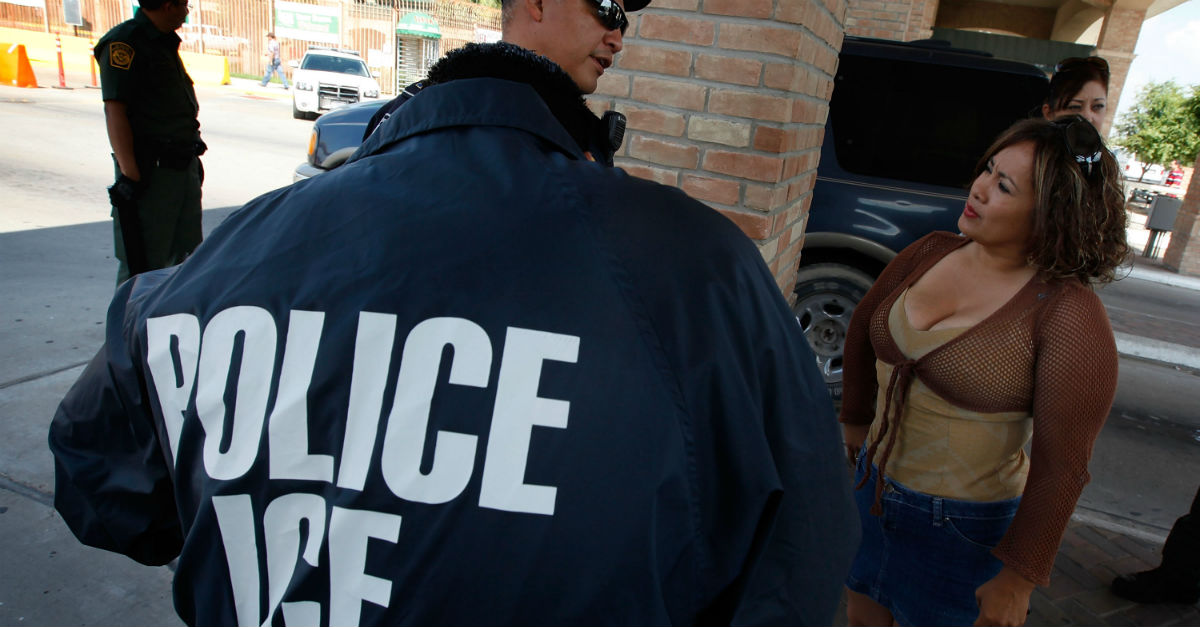