During his press conference on Thursday to announce Alexander Acosta as the new Labor Secretary nominee, President Trump couldn’t pass up criticizing what he has called the “fake media.”

“We have made incredible progress. I don’t think there’s ever been a president elected who in this short period of time has done what we have done,” the president began. “The people get it. Much of the media doesn’t get. They actually get it, but they don’t write it, let’s put it that way.”

POTUS: "I’m making this presentation directly to the American people…many of our nation's reporters and folks will not tell you the truth" pic.twitter.com/Mz9V2Nrqfb

RELATED: Michael Moore has a bold proposal for how to get President Trump out of the White House

He then went on to list some accomplishments of his administration, including a 55 percent approval rating, the stock market’s hitting “record numbers” and a “tremendous surge of optimism in the business world.” However, he is not happy with the way his work is being portrayed by the press.

“Unfortunately, much of the media in Washington, D.C., along with New York, Los Angeles in particular speaks not for the people, but for the special interests and for those profiting off of a very, very obviously broken system,” he said. “The press has become so dishonest that if we don’t talk about it, we are doing a tremendous disservice to the American people. Tremendous disservice, we have to talk about it. We have to find out what’s going on, because the press honestly is out of control. The level of dishonesty is out of control.”

Pres. Trump: "The press has become so dishonest that if we don't talk about it we are doing a tremendous disservice to the American people." pic.twitter.com/xog8MY6L6X

Later, President Trump provided his reasoning for what be believes is “unfair” reporting.

“The media is trying to attack our administration because they know we are following through on pledges that we made, and they’re not happy about it for whatever reason,” the president said. “I turn on the TV, open the newspapers, and I see stories of chaos — chaos — yet it is the exact opposite. This administration is running like a finely-tuned machine.”

Pres. Trump: "This administration is running like a fine-tuned machine, despite the fact that I can't get my cabinet approved." pic.twitter.com/Rtj3jSN09o 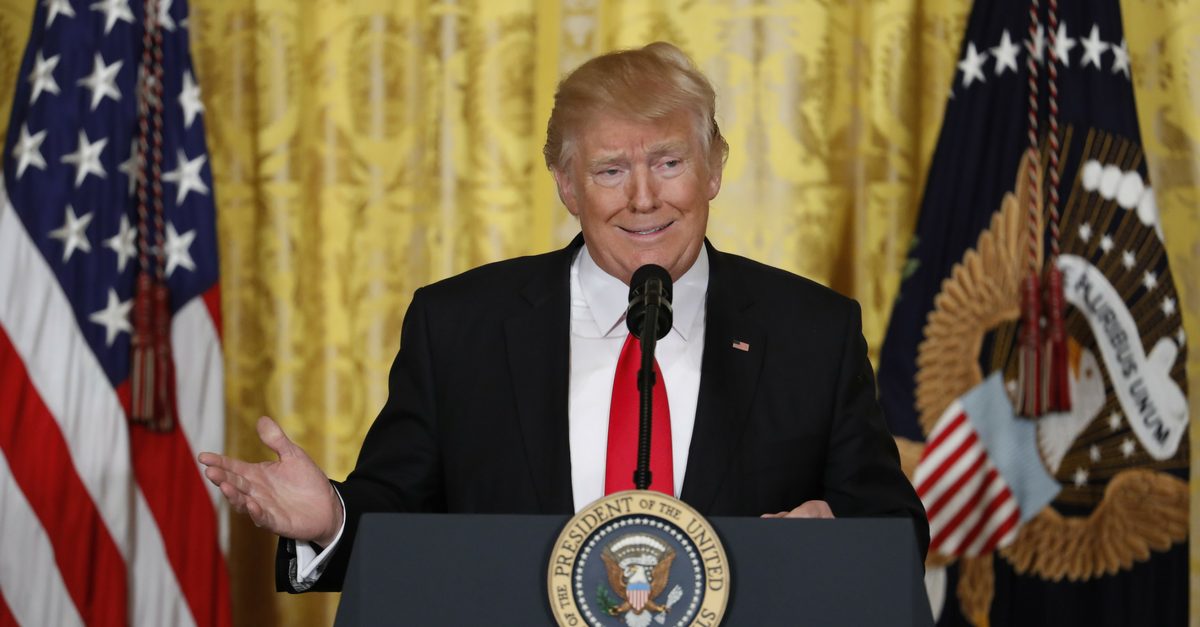