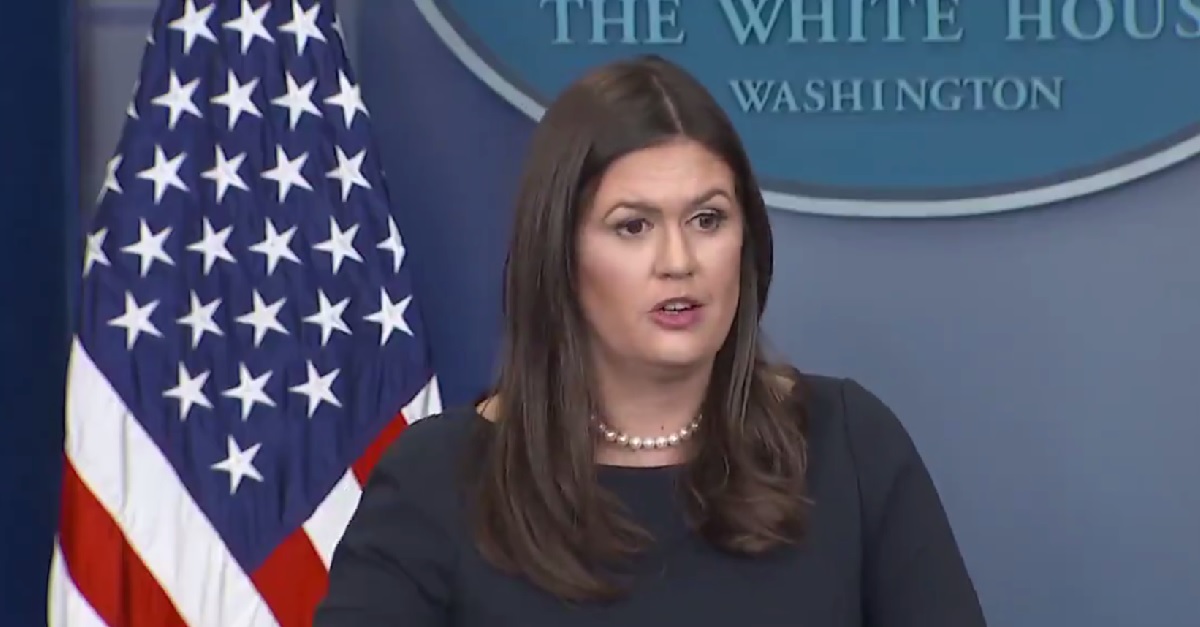 President Donald Trump’s Sept. 24 tweet that North Korea “won’t be around much longer” was not a declaration of war, White House Press Secretary Sarah Huckabee Sanders said in Monday’s press briefing, despite statements to the contrary from North Korea’s foreign minister.

Press Sec. Sanders: "We've not declared war on North Korea. Frankly, the suggestion of that is absurd." https://t.co/knWNDeurKG pic.twitter.com/anGvHXFVyb

North Korean Foreign Minister Ri Yong Ho told reporters in New York that Trump’s weekend tweet was interpreted by Pyongyang as a declaration of war by the United States.

“We will have every right to make countermeasures, including the right to shoot down the U.S. bombers even when they are not yet inside the airspace border of our country,” he said.