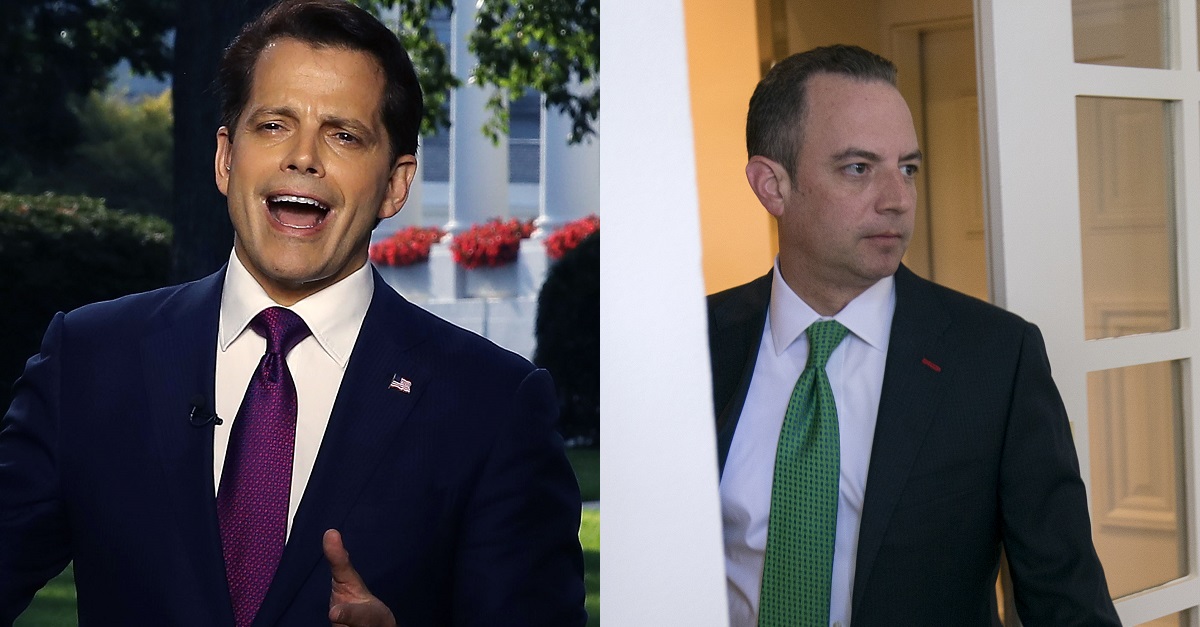 The self-described prankster, who goes by the handle @SINON_REBORN on Twitter, used the access they gained to Trump Administration officials for mischief. They told CNN they “try and keep it on the humorous side of things” and that they were “not trying to get the keys to the vault or anything like that.”

As Eric Trump, the prankster sent a message of best wishes to Jon Huntsman Jr.

I wished Jon Huntsman Jr all the best. He seems enthusiastic about his new role. pic.twitter.com/ITyjxDsYhL

Posing as Jared Kushner, the unnamed individual invites Bossert to a “soiree” in August, promising “food of at least comparible (SIC) quality to that which we ate in Iraq.” Bossert responds with “Thanks, Jared. With a promise like that, I can’t refuse,” adding his personal email address “if you ever need it.”

They also impersonated Reince Priebus and lobbed shots at then-Communications Director Anthony Scaramucci, potentially exacerbating the feud between the two.

The day after Priebus resigned, the prankster sent an email to Scaramucci’s real email address, writing in part: “General Kelly will do a fine job. I’ll even admit he will do a better job than me. But the way in which that transition has come about has been diabolical. And hurtful. I don’t expect a reply.”

Advertisement
Scaramucci, who was still the White House Communications Director, responded: “You know what you did. We all do. Even today. But rest assured we were prepared. A Man would apologize.”
The prankster responded with “I have nothing to apologize for,” prompting Scaramucci to write back:
“Read Shakespeare. Particularly Othello. You are right there. My family is fine by the way and will thrive. I know what you did. No more replies from me.”