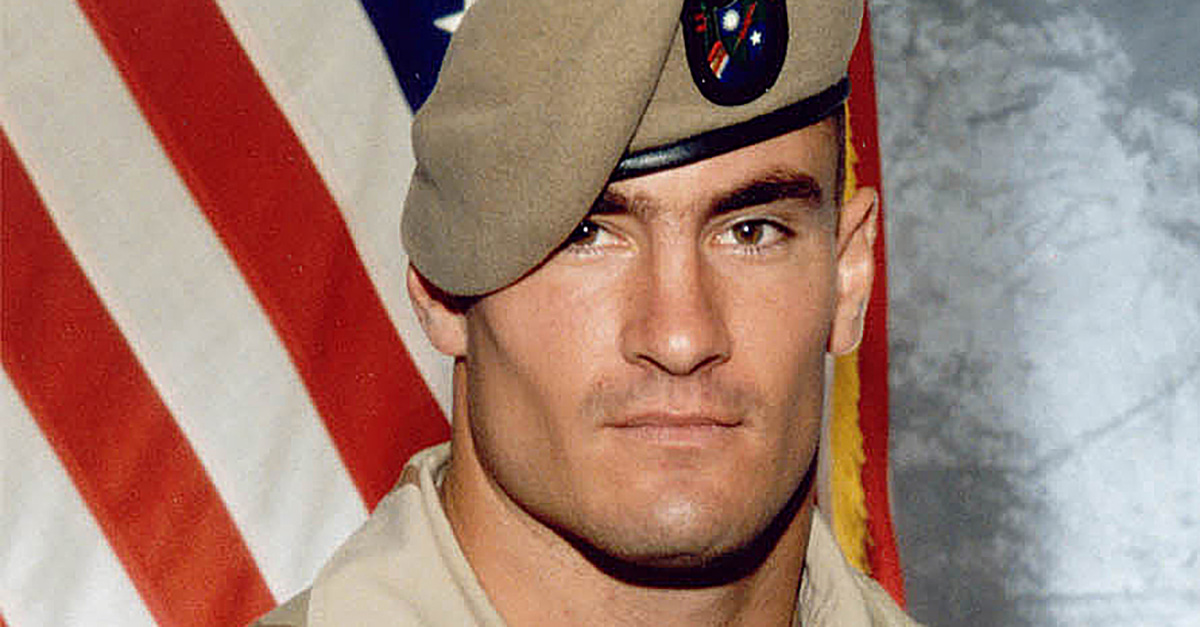 Marie Tillman, the widow of former NFL player and Army veteran Pat Tillman, who left the riches of a professional football career behind to join the Army following the 9/11 attacks, told President Trump and everyone else to stop using her husband’s death for their own political aims.

Tillman released a statement to CNN’s Briant Stelter Monday night supporting NFL players’ right to protest racial inequality and police brutality by kneeling during the national anthem. Her husband fought for those rights, she said.

Pat Tillman's widow Marie shared this statement with me. She is hoping the president sees it. https://t.co/xKq7IhfIC0 pic.twitter.com/vg94dHJNpr

“The very action of self-expression and the freedom to speak from one’s heart — no matter those views — is what Pat and so many other Americans have given their lives for. Even if they didn’t always agree with those views,” Tillman wrote. “It is my sincere hope that our leaders both understand and learn from the lessons of Pat’s life and death, and also those of so many other brave Americans.”

RELATED: Colin Kaepernick pops up after anthem protests, but does he have anything to say

Americans who disagree with the protest often contend those players are disrespecting the flag and the men and women who serve the country. On Monday morning, Trump retweeted a user’s post that showed a picture of Tillman in his combat uniform with the message: “NFLplayer PatTillman joined U.S. Army in 2002. He was killed in action 2004. He fought 4our country/freedom. #StandForOurAnthem #BoycottNFL”

Tillman said such messages don’t honor her late husband. They exploit him.

“As a football player and soldier, Pat inspired countless Americans to unify. It is my hope that his memory should always remind people that we must come together,” Tillman wrote. “Pat’s service, along with that of every man and woman’s service, should never be politicized in a way that divides us. We are too great of a country for that.”