Will Julian Assange fulfill his promise to turn himself in now that Chelsea Manning’s sentence has been commuted? 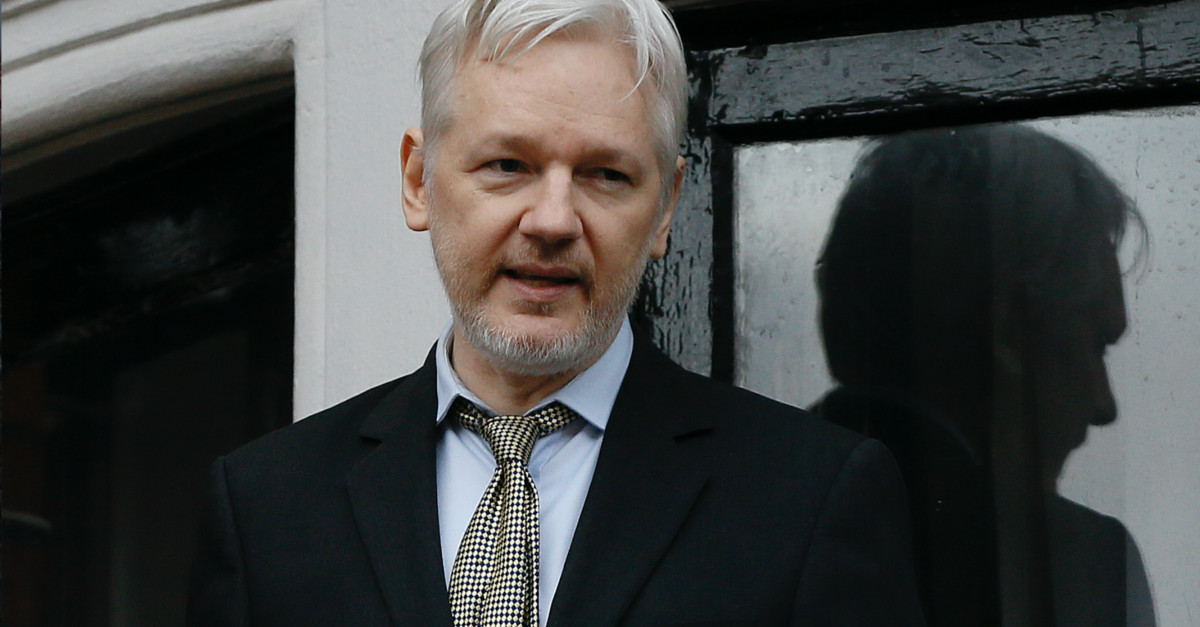 (AP Photo/Kirsty Wigglesworth, File)
FILE - In this Friday Feb. 5, 2016 file photo, Wikileaks founder Julian Assange speaks from the balcony of the Ecuadorean Embassy in London. A Swedish court said Wednesday May 25, 2016, it has turned down a request to overturn the arrest warrant of WikiLeaks founder Julian Assange because Assange is still wanted for questioning in a case of suspected rape and there is a possibility he might evade prosecution. (AP Photo/Kirsty Wigglesworth, File)

Julian Assange has been holed up in the Ecuadorian Embassy in London since 2012, where he is waiting for the statute of limitations on a rape allegation to expire.

Though the allegations that have been leveled against him are in Sweden, Assange fears that if he turns himself in, he will be extradited to the United States and will face charges of espionage. His site, WikiLeaks, has published a number of documents provided by whistle-blowers like Chelsea Manning and Edward Snowden, as well as the emails obtained in the Democratic National Convention hack.

Assange maintains that the DNC documents were not provided by Russia or any “state actor,” but high ranking intelligence and military officials have claimed that WikiLeaks publication of certain documents put American lives at risk.

The Australian-born hacker was one of the loudest voices in calling for the release of Manning, whose sentence was commuted by President Obama on Tuesday evening. In 2013, on the first day of Manning’s trial, Assange published a statement saying Manning was being charged with “the alleged crime of telling the truth” and “is accused of being a whistleblower, a good man, who cared for others and who followed higher orders.”

If Obama grants Manning clemency Assange will agree to US extradition despite clear unconstitutionality of DoJ case https://t.co/MZU30SlfGK

Assange claimed that he would allow himself to be extradited to the United States if Manning were set free. He appears to be standing by that statement and has said that he’s confident he will prevail in court.

It’s important to note that Manning will not be released until May — she is not being pardoned; her sentence is being commuted.

Assange is confident of winning any fair trial in the US. Obama's DoJ prevented public interest defense & fair jury. https://t.co/Mb6gXlz7QS

RELATED: Sarah Palin thanks Julian Assange for “exposing the truth re: the Left”

Assange lawyer @themtchair on Assange-Manning extradition 'deal': "Everything that he has said he's standing by."

According to the Associated Press, Assange’s attorney said his firm has asked the Justice Department to “clarify his status” several times. He also said that “the Department of Justice should not pursue any charges against Mr. Assange based on his publication of truthful information and should close its criminal investigation of him immediately.”