Winston Chester Hagans of Auburn, Alabama was engaged to be married. One month later, his fiancée, Hannah Ford, passed away. Hagans wanted to honor Hannah with flowers on her grave but ended up getting arrested for littering. Now, he’s been told that he could face jail time if he does it again.

Hannah Ford passed away in January 2021 in a tragic car accident. Hagans says that he wanted to honor her love of living things, so he made custom flower boxes with pictures of them. But Hannah’s family didn’t approve.

Apparently, Hannah’s father, Dr. Tom Ford, never approved of the engagement either. When Dr. Ford took ownership of the gravesite from his brother-in-law, he started trashing Hagans’ flower boxes.

Dr. Ford signed an arrest warrant for Winston Hagans for littering. On January 4, 2022, when Hagans was pulled over for an expired tag, he was informed of the arrest warrant and placed under custody. Hagans says that Dr. Ford never contacted him asking him to stop placing the flower boxes prior to the warrant being signed.

There is a local Auburn Parks and Recreation statute that states, “Settees, urns, boxes, shells, toys and other similar items may not be placed or maintained on any lot or grave.” However, Winston says he asked the city for permission. He says that the city gave permission as long as Hannah’s family was okay with it. Unless family of the deceased objects, the city allegedly doesn’t enforce the littering statute.

Hagans says that Hannah didn’t like cut flowers. “I just want to be able to put flowers by my fiancés grave,” he said. “Even though she is gone I promised her I would never bring her cut flowers again. She was the love of my life the person I wanted to spend the rest of my life with.”

Winston Hagans put nine flower boxes in total on his fiancée’s grave. But they all ended up in the trash due to Dr. Ford.

Hagans was found guilty of criminal litter on June 9. Judge Jim McLaughlin handed him down a $50 charge for littering and a fee of $250.

He was also warned that he would go to jail if he put any more flower boxes on Hannah’s grave.

Hagans is appealing the decision. 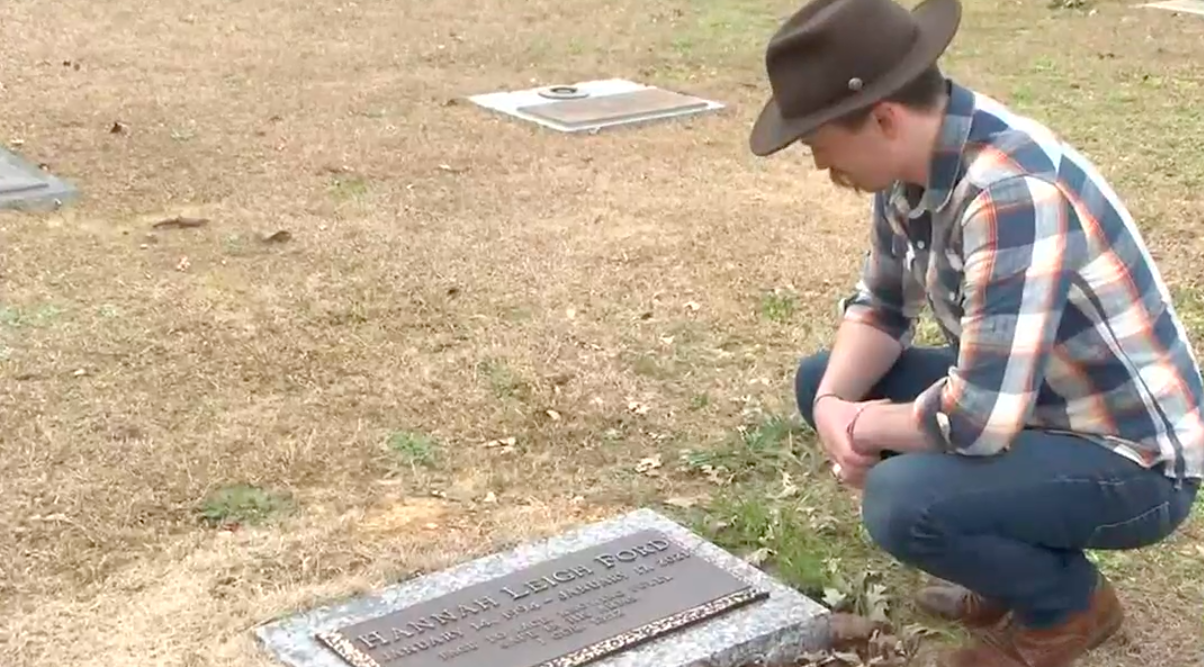