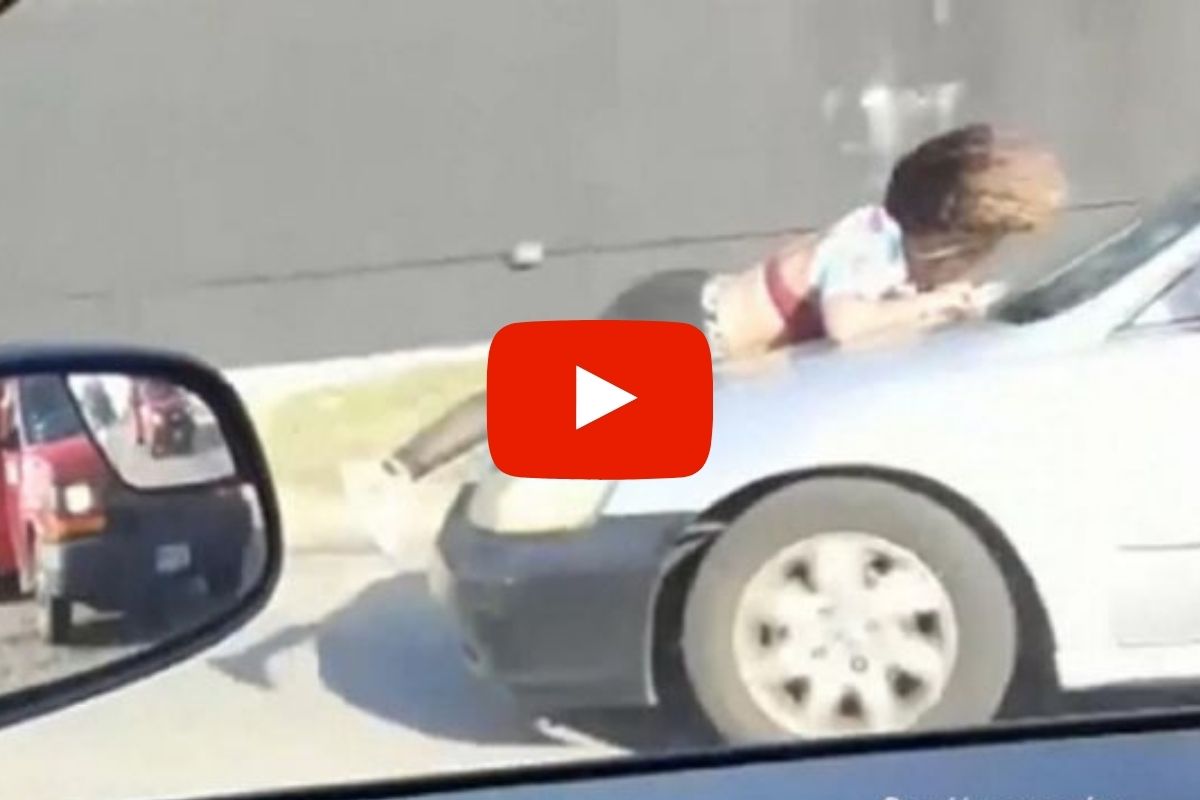 Listen, sometimes you have to do what you have to do to protect your fur babies. Let’s face it, some of us are way too attached to them, especially since we’re with them 24/7 during this COVID-19 pandemic. So yeah, this woman was in her right! Apparently, a woman was miraculously only left with scratches and bruises after clinging to the hood or a speeding car, in an attempt to save a $10,000 exotic bulldog. As I said, you gotta do what you gotta do.

According to Houston, Texas authorities, 21-year-old Royshana King was arrested and was charged with aggravated robbery with a deadly weapon. Alize James, the woman who was clinging to the speeding car, reportedly works at Bully Kamp in Harris County. James said a woman and man went into the store looking at different dogs and landed on a $10,000 exotic bulldog puppy who was 7 months at the time.

But, the pet store employee said that the duo took off with the puppy when she went to grab some paperwork upstairs for a UPS driver. Surveillance video shows the couple leaving, with a speedy James running after them. She told authorities that the puppy just had surgery a few days prior and was in need of special medication. That when things, well, turned for the worse and James stated that the couple hit her with their car when she demanded the puppy back. James explained that the man was the one driving the vehicle when he “very aggressively” launched the car forward in her direction and that the bumper, “kind of like slapped me on top of the car.”

James was reportedly on the hood of the car for almost 10 minutes as the man drove recklessly around the area. When he finally came to a stop, the man grabbed her by her feet, grabbed her chest, and started hitting her. While she was able to fight back, unfortunately, the couple ended up getting away with the cute exotic bully. Houston police haven’t been able to identify the man, but the woman was indeed identified as Royshana King. King is now facing charges of aggravated robbery with a deadly weapon. What a wild ride. It’s not every day you see a woman cling from a car.

Watch: Parent Drives With Child on Hood of Car as Punishment