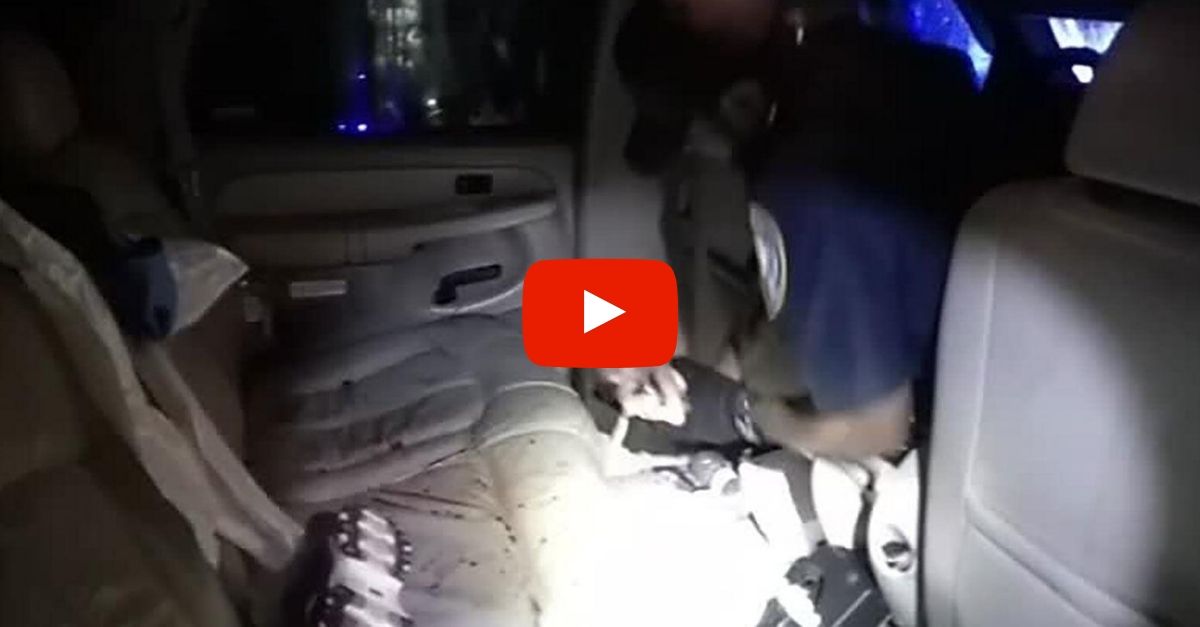 What was supposed to be one of the most exciting days of her life, a Georgia pregnant woman was quickly caught off guard after she was involved in a car crash. According to authorities, Crystan Graham was heading to the emergency room with her mother Krystal Jones as she was in labor. As the mother and daughter drove through Lilburn, the road continued to get worse, and Jones was unable to control her vehicle, crashing into a gate.

Due to the impact, the mother delivered the baby while she was sitting in the back seat as the accident occurred. Frantically, she quickly began to search for her newborn baby in the dark, but couldn’t find it anywhere. That’s when offices Cepeda Huff, Daniel Bride and Sgt. Matt Madden arrived at the scene of the crash and quickly began to shift through the wreckage.

According to Officer Bride, “We thought the baby might have gone out the window because there was so much debris in the back. Our concern was whether the baby got tossed into the backseat or got tossed through the window.” Officers continued to search through the SUV and were able to find the baby girl alive under one of the back seats with her umbilical cord attached.

According to officer Huff’s bodycam footage, there was a small drop off under the seat, where the baby laid into a “little pocket.” Luckily, when they found the baby, she was healthy and breathing, and he quickly yelled to the mom that she was okay. The baby, along with mom and the grandmother, were rushed to the hospital for further evaluation. The baby was in stable condition and was admitted into the ICU. Lilburn Police Chief Bruce Hedley spoke how proud of he was of his officers, noting, “Their quick thinking and teamwork helped save the life of this newborn.”

This is truly a beautiful miracle and a happy ending for everyone involved. Talk about being in the right place and the right time.