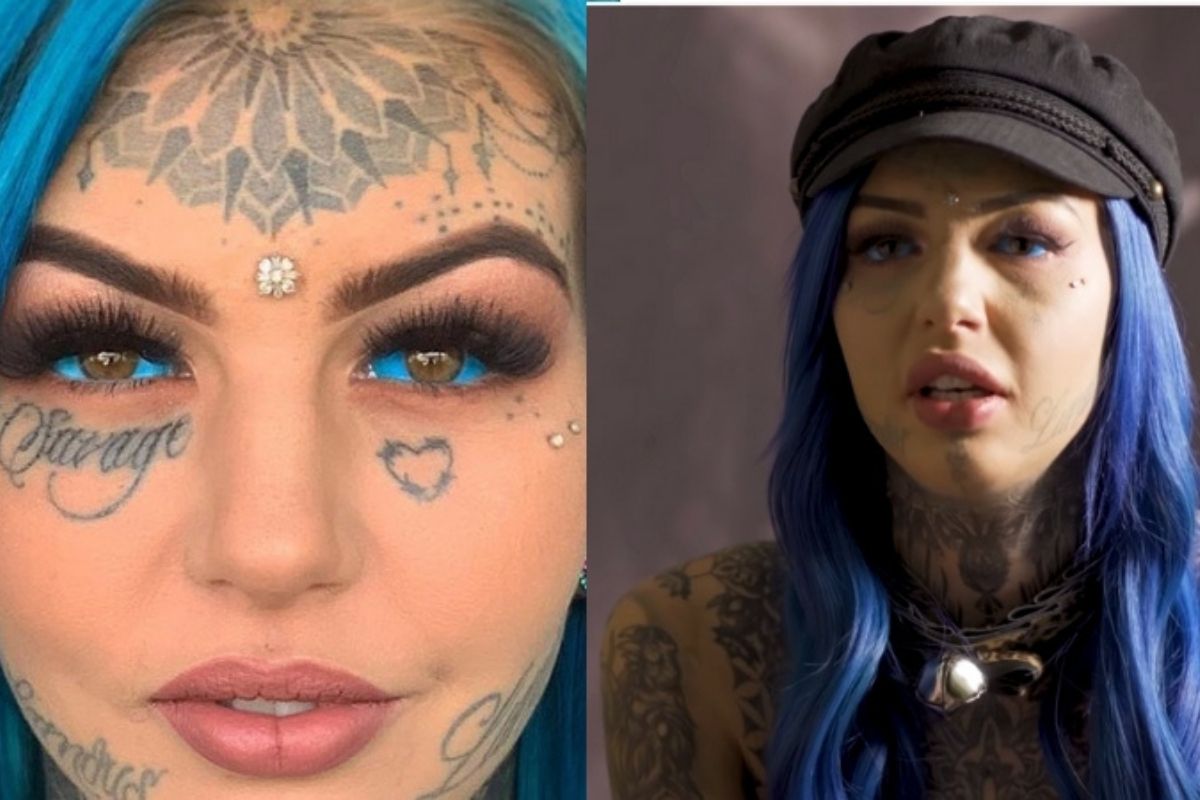 Come on guys, you have to know when enough is enough. I mean, do you really think that putting a needle and ink INSIDE your eyeball is a good idea? Because if you do, I think you might want to re-evaluate your choices.  I get it might seem like a good idea at the time, but come on.

Turns out an Australian woman thought it was indeed a great idea to get the over-the-top tattoo…which caused her to lose her eyesight. The woman, who apparently has already spent nearly $26,000 on tattoos, says she went blind after undergoing an eyeball procedure to tattoo the whites of her eyes.

Amber Luke, who goes by Blue Eyed White Dragon, wanted to tattoo her eyes, yes you guessed it, blue. Because are you really a Blue Eyed White Dragon if your eyeballs aren’t blue? The 24-year-old said she went blind for a total of three weeks after following the painful 40-minute procedure. Recalling the pain, she stated, “I can’t even begin to describe to you what the feeling was like, the best thing I can give you is once the eyeball was penetrated with the ink, it felt like [the tattoo artist] grabbed 10 shards of glass and rubbed it in my eyes.”

Yup, imagine some pieces of GLASS SHARDS just roaming around in there. No thank you. Why in the world would anyone want to go through this pain to look like a dragon! Plus…this isn’t cool, personally, I think it sort of looks weird and unnatural. But hey, who am I to judge, right?

Would You Tattoo Your Eyeballs?

The Australian said the procedure “shouldn’t’ be dangerous” but that the artist went too deep into her eyeball which ultimately caused her to lose her vision. So, yeah, safe to say that the artist is probably going to get a hefty lawsuit in the future. Luke’s body is covered in tattoos, 200 to be exact, and plans to get more. But she does say that none of the extreme variety of tattoos she has around her body caused her to lose her vision. Because well, they weren’t close to her face.

She did learn her lesson though and doesn’t plan on getting any “extreme body modifications” anymore. Basically, she has vowed off tongue splitting and eyeball tattooing forever. Despite those 3 weeks of torture, I have to say she’s pretty lucky there wasn’t any permanent damage. Still, pretty scary. Be more careful next time, Blue Eyed White Dragon.

Watch: We Can?t Get Over That Time the ?Human Ken Doll? Brought His Ribs with Him on TV