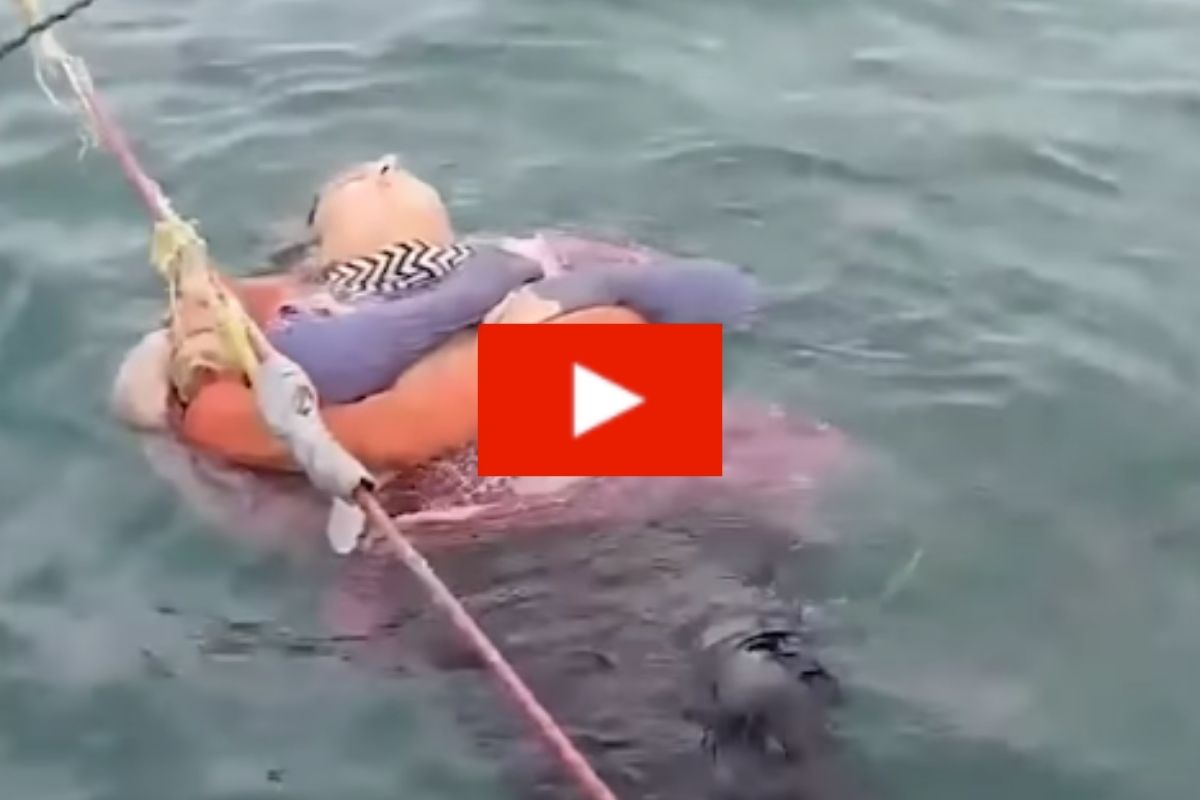 The nightmare is finally over for this poor Colombian woman as she was finally found and brought to safety after going missing for two years. Angelica Gaitan was pulled out of the waters of Puerto Colombia off the coast of Colombia by fisherman Rolando Visbal and his friend Gustavo on Saturday, and with the utmost gratitude, she said, “Thank God I was alive.”

In the trending video shot by Visbal, the pair of rescuers are seen moving towards Gaitan who was floating in the middle of the sea. She was so unresponsive that they thought she was a piece of driftwood until she had raised her hands to signal for help. As they called out to her in both English and Spanish, she had a difficult time responding due to exhaustion and hypothermia from floating for eight hours.

As they finally caught her with a life preserver attached to a rope, they pulled her in, and her first words were, “I was born again. God did not want me to die,” she said in tears. The fishermen brought the castaway to seashore, where she was then taken to the nearest hospital. So what happened to Gaitan?

According to the Sun, she had fallen out of touch with her family two years ago, leaving them with no idea where the 46-year-old was. She told RCN Radio that she had been dealing with over 20 years of domestic abuse by her partner, saying, ““The abuse began in the first pregnancy. He beat me, he violently abused me. In my second pregnancy, the abuse continued and I could not get away from him because the girls were small.”

And although she told police officers about her toxic relationship, her abuser was only detained for 24 hours to which he came home to continue the assault. By September 2018, she could no longer take the domestic violence after she said he, “broke my face and tried to kill me,” suffering at the hands of her partner.

She ran away to Barranquilla for six months, attempting to find help in homeless shelter and failing. As her mental health dwindled causing her to fall into a deep depression, she said, “I did not want to continue with my life,” and that she, “decided to jump into the sea,” wanting to take her own life.

Although police are still investigating her missing persons case, the local media has located Gaitan’s daughter, Alejandra Castiblanco. Along with her sister, the woman’s daughters are raising money to get her back to their home in Bogota.