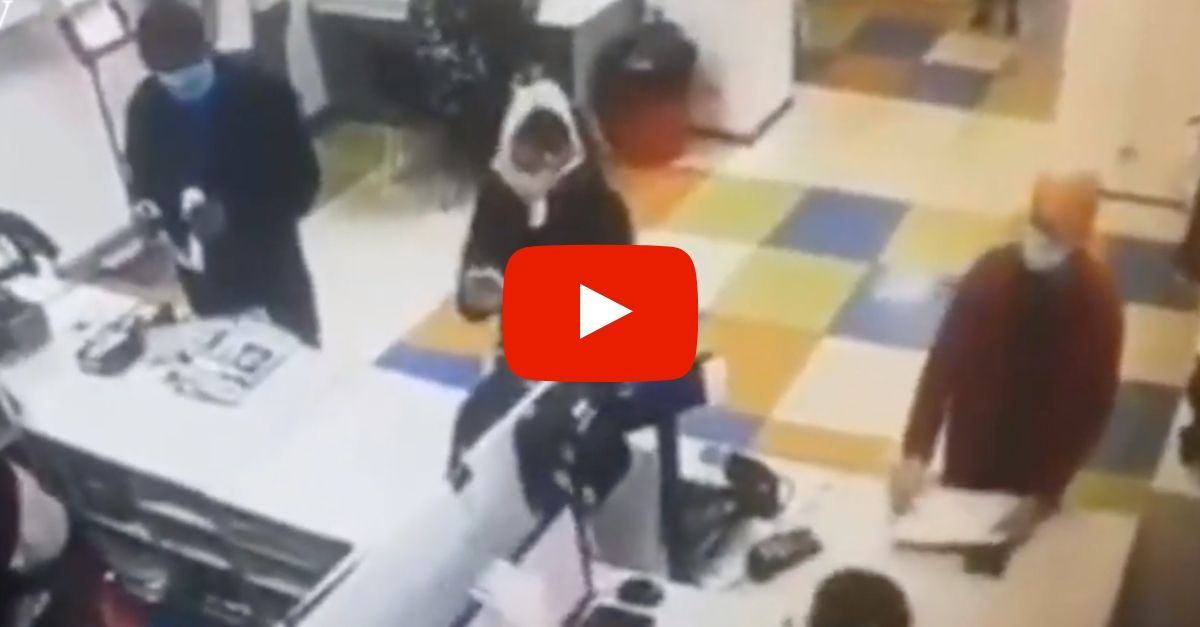 But, that’s what this woman did. Yes, a Ukrain woman is now going viral on social media for actually removing her underwear and wearing them as a mask after being refused service at a post office. According to the Sun, the woman was caught pulling off the little, let’s call it stunt, on CCTV surveillance video at the Nova Posha post office in Kiev. The woman can be seen walking up to the counter without a face mask.

That’s when employees tell the woman that she could not be provided any service without a required mask due to COVID-19. So, the woman, who was visually flustered, simply began to remove her pants in front of the employees and customers, taking off her white panties and places them over her face. So calmly, so nonchalantly, and absolutely gross.

Witnesses say that the woman is a mother of two who was very unhappy with the safety measures imposed amid the coronavirus pandemic. But honestly, this woman really found a way around the whole situation. If you think about it, no one has actually banned us from using underwear instead of a mask yet. Gross, definitely, but at least it wasn’t a thong, ya know?

Please don't take your panties off and use them as a face mask. This is a public service announcement. https://t.co/3ZAU1mO3LE

The new mask requirements come after Ukraine authorities ordered all residents in April to carry an ID and wear a mask in public. So yes, this woman should have probably been prepared instead of making a makeshift mask, but like I said when there’s a will there’s a way, and she found the way. As expected, the video was posted on social media by a postal employee and has now gone viral.

The post office did state that the employee is now facing punishment for sharing the footage. Because well, it is embarrassing at the end of the day. Imagine finding out your mom went viral around the world for taking off her knickers in a post office to use them as a coronavirus mask. Yikes.

Watch: 21-Year-Old College Student Makes Masks for the Deaf and Hard of Hearing