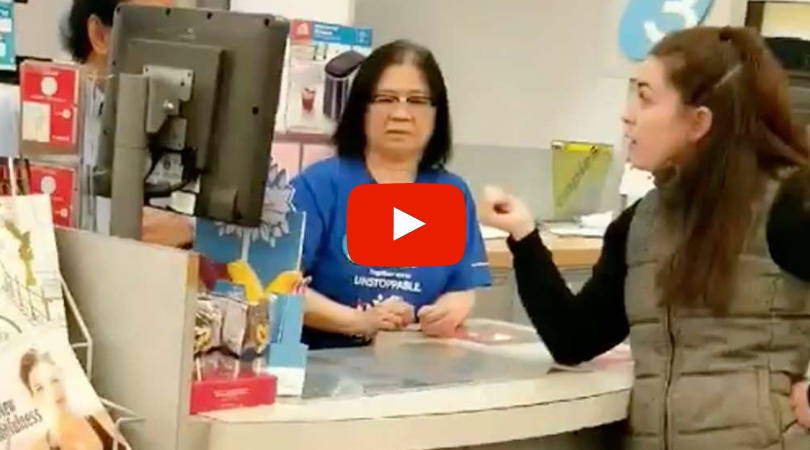 Alright, I’ll admit it. This story absolutely broke my heart in two. After finding it on Twitter, I knew I had to write something about it because it just goes to show you how much people suffer everyday while working in retail. A video was posted online showing a female customer yelling her lungs out at an Asian staff member at a Burnaby Shoppers Drug Mart in Canada.

The white woman is clearly beyond levels of angry, as the staff members stand behind the counter in fear, hearing as she keeps telling them to shut up and speak English. Safe to say this woman is clearly racist and was the one being rude the whole time. The video was initially posted on Facebook by Allen Tseng, and has now made its way around Twitter, Instagram, and YouTube.

English or not, no one should be spoken to like this in public. Lack of respect the woman has for the staff, for not being able to speak English well (how would she even know she wouldn't give anyone a chance to speak!), is palpable. So much hate. #Sosad to see this. #BeNice

She continues to yell at the staff members, stating, “Shut up! Stop speaking in Chinese in front of me. Shut up. You?re rude. Speak English in Canada. Rude as fu*k. You want to talk to me, you bring your manager here, you idiot, or go speak Chinese with the other staff and s?t-talk me somewhere else.” Twitter quickly worked its magic to try to find the unidentified woman and was later identified as Kimberly Turcot from Canada.

The fight allegedly began after one of the Burnaby drugstore employees was trying to help the woman, and asked for help from the manager, speaking to each other in their own native tongue. That’s when the woman thought the couple was making fun of her for speaking another language.

What broke my heart about the incident was that during her whole racist rant, there was a young boy standing beside her in fear, following her around. Safe to say the boy, along with the staff members were visibly shaken by the whole incident, because well, this woman basically went off for no good reason. What is so ironic about this whole thing is that the woman is yelling at both of them, saying they are rude, when clearly she is the one who is being rude and abusive to them. It’s gross and knowing that the child beside her witnessed everything is even worse since he probably thinks this type of behavior is normal and acceptable.

It’s a lack of respect and really shows her true colors. This type of behavior is pathetic, and I hope she feels so ashamed of herself for it. It’s called two-way-respect, Kimberly. Also, the official languages for Canada are French and English. Would you have gotten angry is these employees were speaking French instead?

Editors Note: This article was originally published on October 20, 2019.