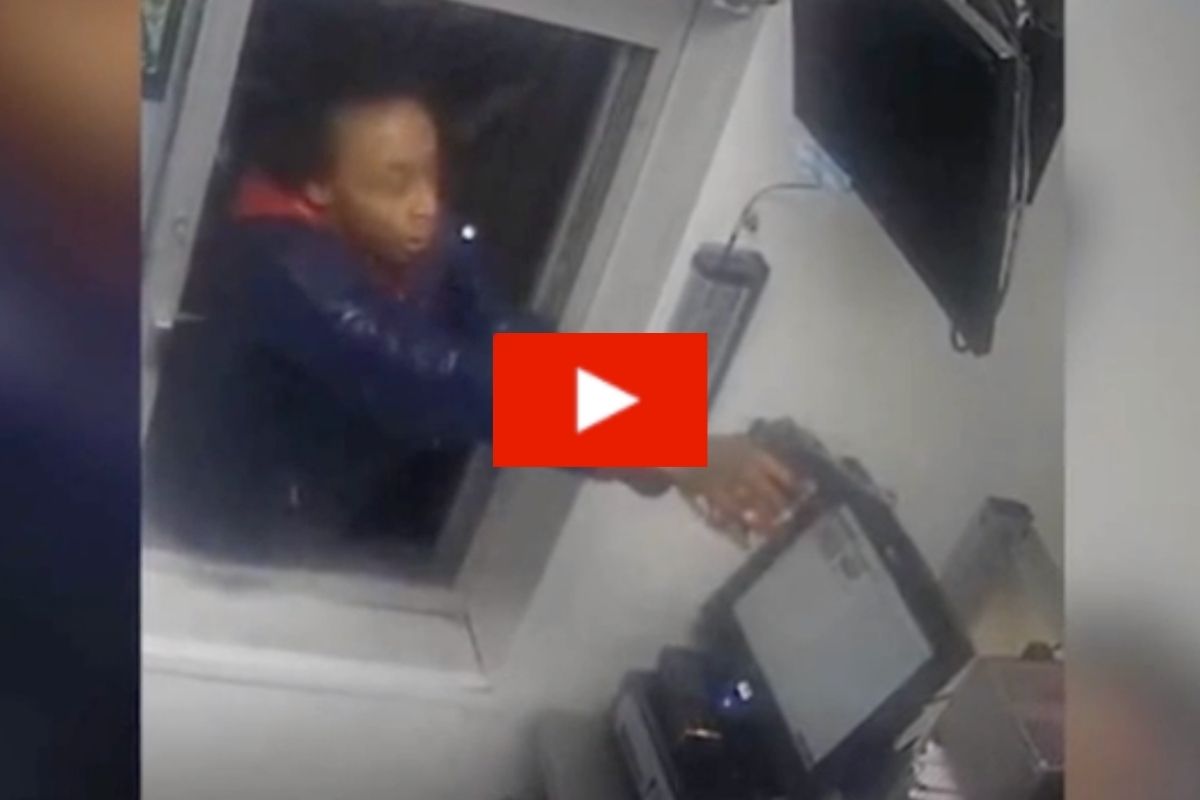 I really feel for people who work at fast-food restaurants, as you’re susceptible to any type of situation. Those guys see it all. Just like the employees at this Burger King in Tennessee, as they dealt with a customer who became violent after becoming angry with how long she had been waiting in the drive-thru line for her food. And yes, this was through the drive-thru window.

Memphis police say they are looking for a woman who had gotten so frustrated with the wait time for the food she ordered in line, that she got out of her car, walked straight up to the drive-thru window, started arguing with an employee, and then pulled out a black handgun and started shooting. This surveillance video shows the Burger King employees running through the backdoor and also catches a glimpse of the woman’s car. Thankfully, no one was injured.

Customer Dewayne Wilson said, “I hate they was impatient. Kids work there. So you know that’s the thing,” adding, “That’s kind of messed up, I’m glad everyone is OK.”

The Memphis Police Department is asking for the public’s help in finding the suspect, and that if anyone recognizes her or her vehicle, to call Crime Stoppers at 901-528-CASH. Again, I really feel so bad for these Memphis Burger King workers, as I’m sure they are incredibly traumatized in taking drive-thru orders now, hoping that their normal workday won’t take a violent turn.

And even if she had been waiting too long, that’s simply no reason to pull out a gun and almost kill someone, much less injure anyone. Not to mention that these employees are probably traumatized and will be on edge while working, questioning every customer they take an order for from now on.