Woman Arrested for Spitting in NYPD Sergeants Face During Protest 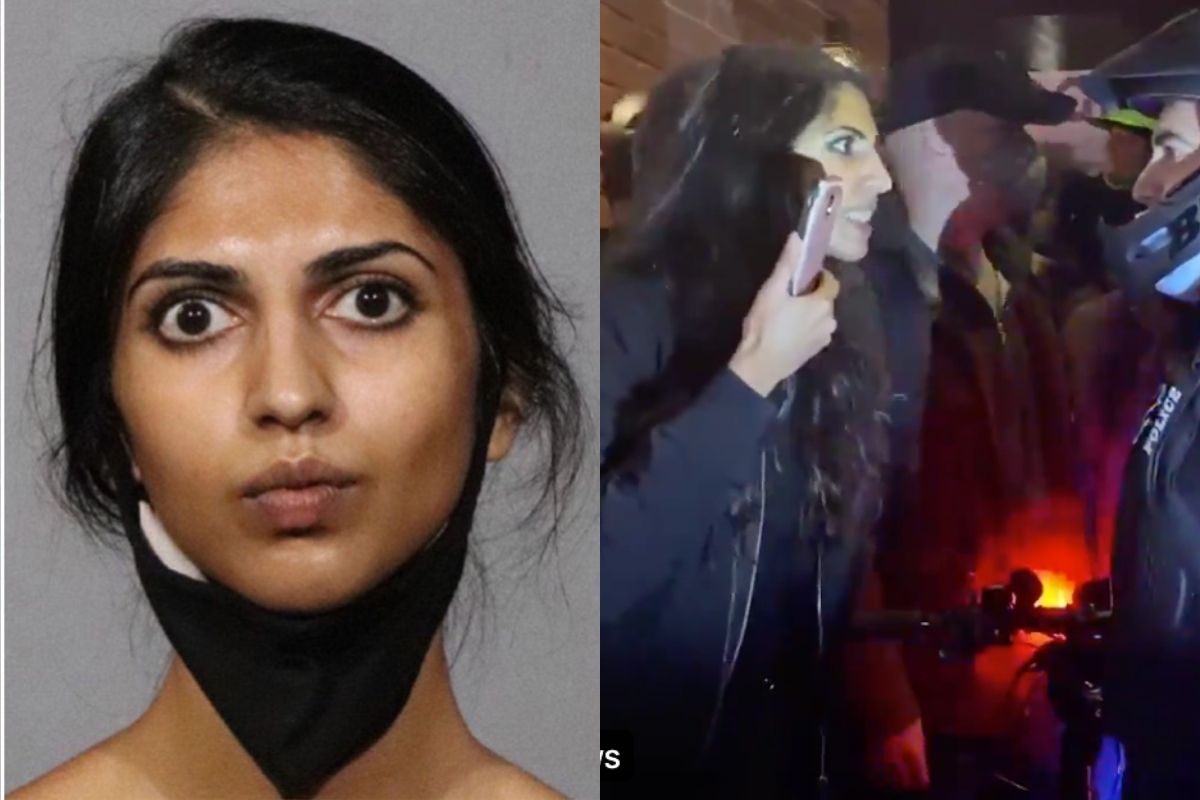 Listen, I think we’re at the point of 2020 when we need to understand when to stop. Don’t get me wrong, you do what you need to do to get your voice out there, but we should never resort to violence or insults. But, there are people out there that don’t really understand or care about others, and they just worry about themselves. Like this woman, who decided to go the extra mile and literally spit on someone’s face. This is just ridiculous. One, you never know if this woman has some sort of disease, and two, this is just plain disrespectful to do to anyone.

Basically, a woman was charged with spitting in the NYPD sergeant’s face during a wild election protest that happened in Manhattan. 24-year-old Devina Singh was caught on video, without a mask mind you, and yelling at the sergeant ?Fu*k you fascist!? before spitting on the cop’s face. The police officer quickly goes in to grab her by the waist to arrest her as she is seen trying to fight him off and several members of the police department gather around. The video quickly went viral on social media late Wednesday.

A young woman was arrested after she spat in an officer’s face after screaming, “F–k you, fascist,” tonight in the West Village. pic.twitter.com/cfgVLYJ5pc

So, the woman who lives in Schwenksville, Pennsylvania was charged with obstruction of governmental administration, violation of local law, and harassment. I’m pretty shocked they didn’t book her on disorderly conduct as well. Now, I’ll repeat myself, this to me just seems so disrespectful, I don’t care if you’re a civilian or if you’re a cop, do not spit on someone else’s face. This just goes to show what kind of person you are. Apparently, Singh and her friends were among the mob of left-wing, anti-cop protesters who clashed with NYPD officers in West Village, yelled at them, and set garbages on fire.

New York police and other law enforcement officers arrested 60 people in total. Before that, several hundred gathered for mostly peaceful post-election day demonstrations located in Washington Square Park chanting, ?count every vote.? This protest was in response to President Trump’s outrage over the presidential election process, and all the allegations of voting.

NYPD NEWS Responds to the Video

Actions like this will not be tolerated. Agitators who commit these acts will be arrested. https://t.co/oxew6gYNCI

Singh also received charges of resisting arrest during a protest in Brooklyn last month. On her Instagram, which has since been deactivated, she posted a photo of her arrest in New York City back in September, writing, ?I’m so f?? mad ? props bc behind me (white shirt) is Deputy Inspector Elias J. Nikas AKA Little Dick Nik.?

New York Mayor Bill de Blasio stated during his coronavirus pandemic press that this is not the first time New York City has seen several outsiders coming into the city during these protests, including during the protest in NYC against police brutality in the summer. However, the mayor did go on to say that the number of demonstrators taking to New York streets overall it’s less than what was originally anticipated, and have been peaceful protests. He noted, “I think we can safely say that the vast majority of people simply want to see the election results counted fairly. They want to know the result as soon as possible and then we are all in a position to then move forward. What the majority of New Yorkers want is just a peaceful approach to this election dynamic and the ability to move forward and move on.”

Other tense moments between people (both Trump supporters and Joe Biden supporters) and police officers took place block North of Washington Square Park. Police decided to set up bicycle blockage to stop widespread violence from agitators from marching on 5th Avenue near East 8th Street and instead guided them on the sidewalk. Despite their efforts, some protesters pushed through, which resulted in confrontation and then eventually rest.