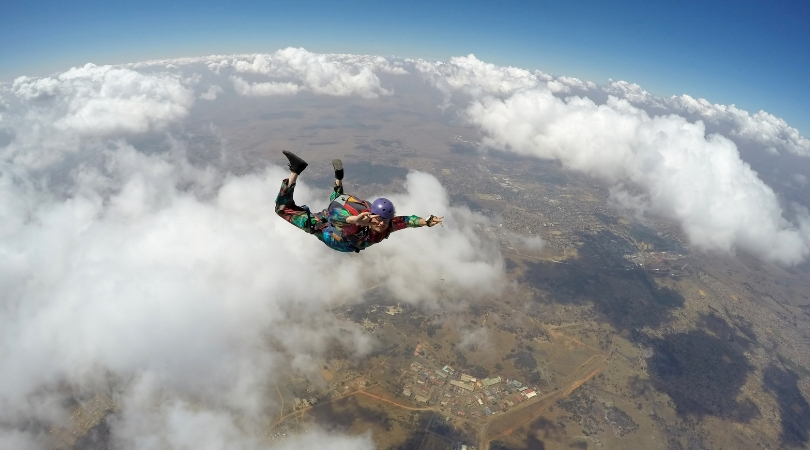 Yikes, talk about a scary plunge! A very lucky 30-year-old woman is recovering after falling more than 5,000 feet from a plane. Yes, 5,000 FEET! This is truly amazing and scary at the same time. The woman, whose name was not released, was skydiving near Trois-Rivières, Quebec when her main and backup parachutes ultimately failed to open.

The woman plummeted into a wooded area and was taken to the hospital with several fractures including a broken vertebrae. Luckily, according to Trois-Rivières Police, her life isn’t in danger. Denis Demers saw the incident play out, telling authorities that the solo diver was falling faster than all the others and fell out of the nowhere.

Authorities stated the woman had experience skydiving, but an investigation is underway to determine whether it is a case of criminal negligence. She was participating in a jump at the skydiving facility in Parachutisme Adrenaline which is located near the airport. The company, unfortunately, refused to comment on the situation due to the investigation.

Anybody else ever gone skydiving or thought about it? It's a no-go for me. It will never happen. https://t.co/G6NIqDYlMI

According to Nancy Koreen, director of sports promotion for the US Parachute Association, USPA, to say that a parachute didn?t open it ?pretty vague an often not correct. The parachute must always be opened at the proper altitude or it won’t have enough time to fully deploy. But, there is still a slight chance that the main parachute might malfunction and the skydiver must rely on the backup chute.

According to the United States Parachute Association, skydiving injuries are very rare. There was approximately 1 injury out of every 1,536 skydives in 2018, which is just 0.07 percent of all jumps. In 2018, the USPA recorded 12 fatal skydiving accidents in the U.S. out of roughly 33 million jumps, which is the lowest number in the history of the sport.

Editors Note: This article was originally published on August 16, 2019.