A 21-year-old woman from Ann Arbor, Mich. who pleaded guilty to making up a hate crime in Nov. 2016 shortly after the election results said in court that she was “suffering from depression at the time.”

Halley Bass pleaded guilty to one count of false report of a misdemeanor on Monday, MLive reported, for making up a story that a man had scratched her face on Nov. 15 because she was wearing a safety pin.

The safety pin was inspired by Brexit and was meant to be a symbol of solidarity with immigrants or minorities who felt threatened. The pin was adopted in America after Donald Trump won the election for the same reasons.

Bass initially claimed that a man scratched her face because of her pin. Now, she’s telling a different story. She said that she made up the story because she was “suffering from depression at the time.”

“I was suffering from depression at the time,” she said in court. “I made a superficial scratch on my face. It was visible and I was embarrassed about what I’d done. So I made up a story and told a friend that a stranger had done it while I was walking. I was encouraged to report it to the police. I made the mistake of doing that.”

Bass admitted to scratching her own face. She said did this after she became upset during a Women’s Literature class at the University of Michigan.

Bass originally claimed that a 45-year-old white male with a hoodie and a hat obscuring his face attacked her because he “must have seen the pin and picked on me. That’s my best guess. No other reason why he would be targeting me.”

But the story fell apart.

Police observed that Bass was nervous when talking about why she was wearing the safety pin:

Further investigation of surveillance video turned up no evidence of the incident, and Bass eventually admitted to making it up.

RELATED: The sister of the Muslim teen who lied about being attacked by Trump supporters went off on the media

The defense has requested to be sentenced through a mental health court. If that happens, Bass will find out her sentence on March 22. 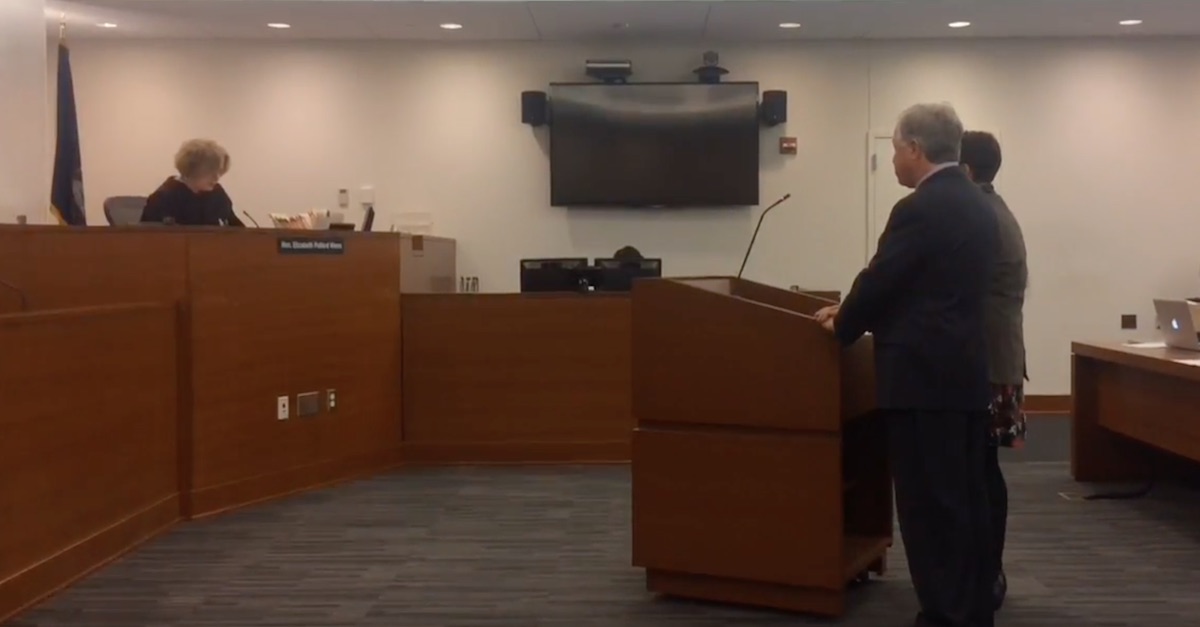