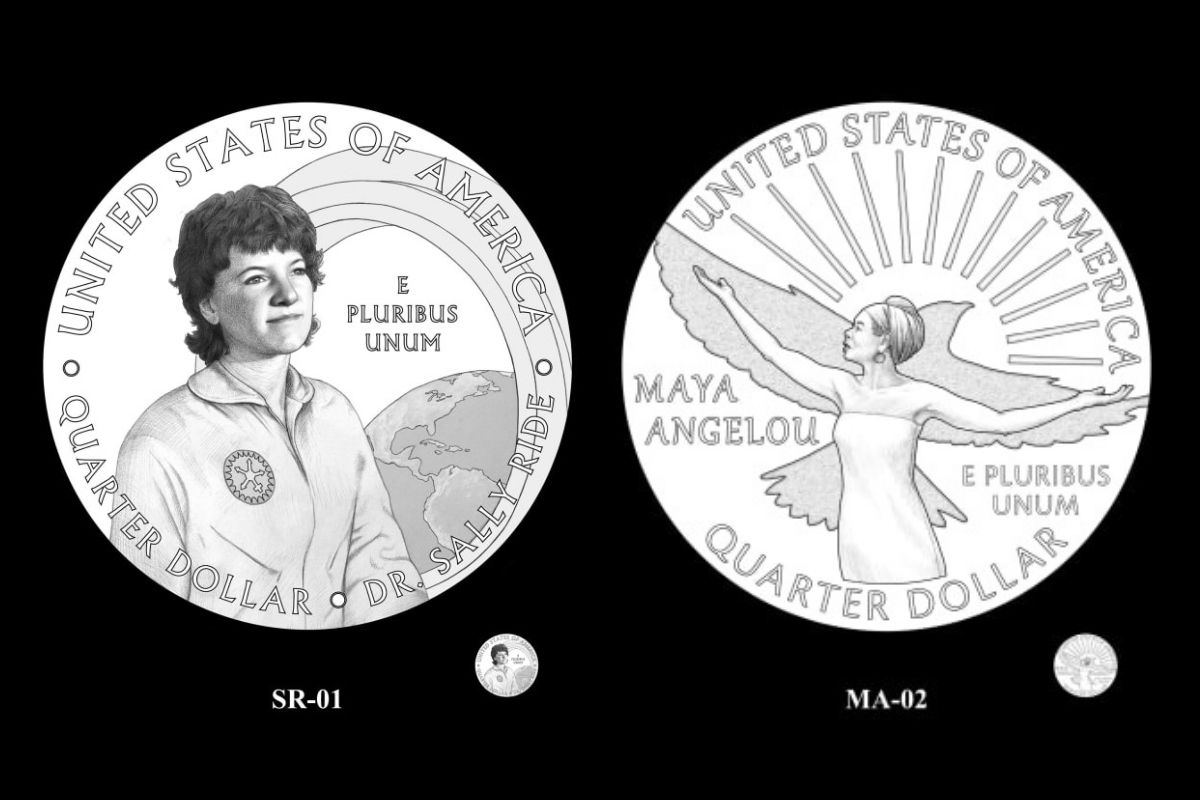 Ready for some numismatic news? The U.S. Mint is stamping a new batch of quarters to feature trailblazing American women as part of the “American Women Quarters Program.” So far, two female honorees have been named: the poet Maya Angelou and astronaut Sally Ride. But the rest of the new quarter models will be chosen with input from the American public!

The new, woman-centric quarters were authorized by the Circulating Collectible Coin Redesign Act of 2020 and the National Women’s History Museum is now accepting submissions for you think should appear on the coin designs. Nominate your favorite woman from history here. Preferably, the museum seeks entries of women with “ethnically, racially and geographically diverse backgrounds.” The only requirement, though, is that the woman is no longer a living person. That leaves plenty of prominent American women to choose from… though Treasury Secretary Janet Yellen will have the final say.

The likeness of George Washington will remain on the “heads side” of every quarter while the reverse design, a.k.a. the “tails side,” will finally feature some iconic women. The new design of the quarters will be issued next year by the U.S. Mint.

As of now, the only US coins to feature women are the dollar coins of Susan B. Anthony and Sacagawea, plus a 2003-issued quarter highlighting Helen Keller.

The United States Mint announced that Maya Angelou and Sally Ride are the first two women to be chosen for this honor, after consultations between the Smithsonian Institution American Women’s History Initiative, National Women’s History Museum, and the Bipartisan Women’s Caucus.

Angelou was an esteemed poet and civil rights activist, most known for her book I Know Why the Caged Bird Sings. Ride, a beloved astronaut for NASA, was the first American woman to enter space. After her time in space, it came out that Ride was also gay. Her partner, the tennis player Tam O’Shaughnessy is still alive and has spoken out about the mint’s decision, saying:

“Sally would be so moved by this great honor. It?s especially fitting that it comes during the 20th-anniversary celebration for Sally Ride Science. This tribute reflects Sally?s legacy not only as a trailblazing astronaut but also as a champion of diversity and inclusion in STEM fields.”

“I Know Why the Caged Bird Sings”

WATCH: Sally Ride Made History by Becoming the First American Woman in Space