What makes a bad neighbor? An unkempt lawn? Being noisy? Or nosey? Maybe a proclivity for wandering in front of their windows naked while also being not fun to look at naked, or having a habit of inadvertently forcing you to give a statement in a domestic disturbance police report after a common law marital disagreement spills over onto your lawn? There are a lot of factors, really.

Improvenet.com recently conducted a poll of over 2,500 people from across the major metro areas of the United States to find which cities had the most annoying neighbors. The results were… surprising? I don’t know. I wouldn’t even know how to begin to guess which city had the worst neighbors. 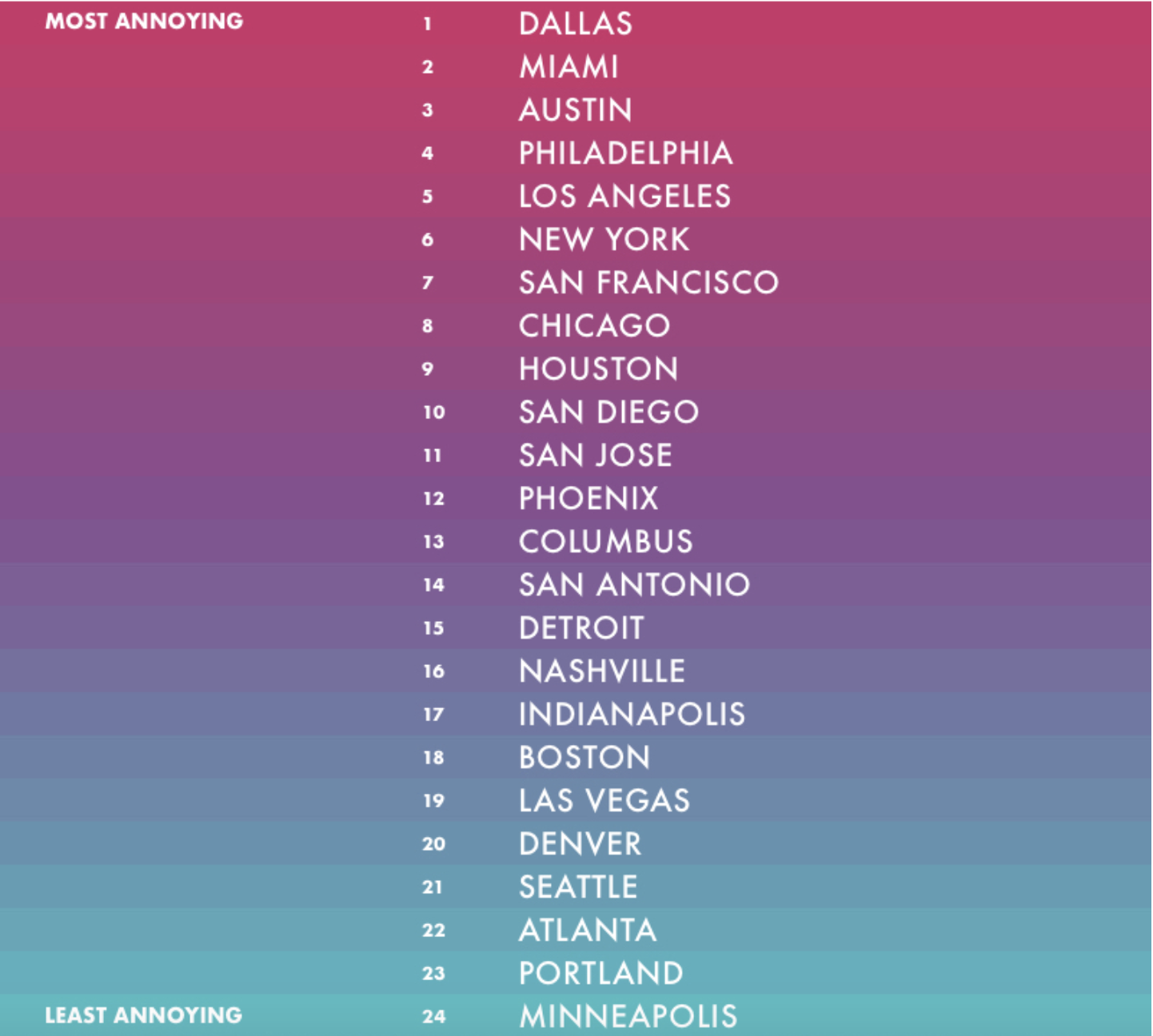 Texas coming in with three cities in the top ten and four of its five major metros on the list as a whole! Apparently, everything is bigger in Texas, including the a**holes (true both figuratively and literally due to our self-inflicted dietary punishment).

San Diego is a bit shocking at number ten. You would think that the nice weather and laid back vibe would generally chill everyone out, but apparently Kyler’s uncovered Jeep with a surfboard strapped to it keeps clipping his neighbor’s lawn when he pulls into his driveway and he isn’t doing a damn thing about it.

Conversely, the three cities with the least annoying neighbors make some semblance of sense. Atlanta has its southern hospitality, in that your neighbors do hate you but are too polite to admit it. Portland, meanwhile, is full of welcoming folk, and Minneapolis is just gosh darn Midwestern friendly.

Dallas landing in the top spot is unsurprising. It comes off as the most HOA dominated city on the list. A land of McMansion suburbs and maintained-at-all-costs propriety that demands submission. You trim your hedges or you die, Henderson Family.