Wuhan’s Coronavirus Lockdown Is Finally Over and People are Leaving 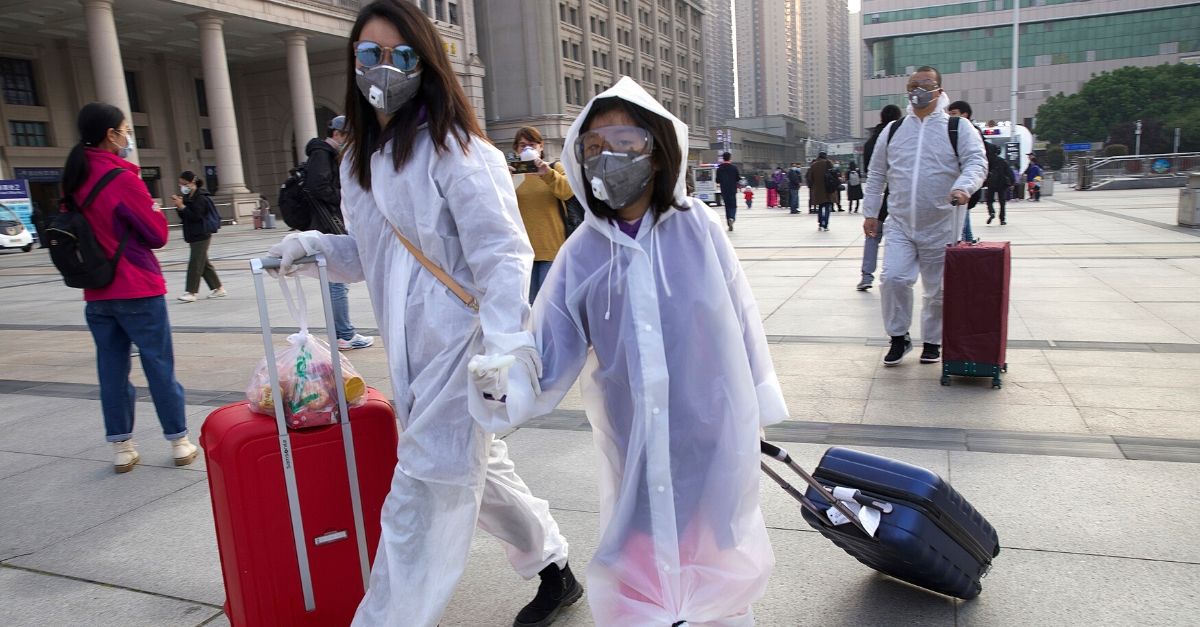 Finally some hopeful news! And I promise this is a coronavirus update you’ll want to hear. Wuhan, China, the first city to officially report cases of the coronavirus and Hubei Province’s provincial capital, is officially celebrating the end of their lockdown. After 76 days of being sealed off from the world, Wuhan residents are now allowed to leave the city within reason.

Since January 23, 11 million people had been following strict lockdown measures in the city of Wuhan. Wuhan residents could only leave their homes or where they were staying for necessities, but those who lived in buildings with confirmed cases were not permitted to leave their residential compounds at all. Travel restrictions were enforced heavily, confining even tourists to the city.

The Chinese government is still monitoring, however, specific residential compounds where coronavirus outbreaks have confined people completely. Cleared Wuhan residents are still encouraged to stay home as much as possible, and a government approved app that contains medical histories and tracks cellphone locations dictates who’s allowed to move around and who isn’t based on a color-coding system.

When the lockdown ended at midnight, Wednesday morning, the entire city of Wuhan lit up in celebration. Crowds cheered and sang the Chinese national anthem, while animations of medical workers treating the sick lit up skyscrapers. People emphasized how excited they were to be reunited with family members and friends.

Given it’s past midnight on April 8 in China, #Wuhanlockdown has officially ended. This is how the city welcomed the new dawn, lighting up buildings in the colour of the National flag, reminiscent of Beijing displays that read “Wuhan add gas” after lockdown began on January 23. pic.twitter.com/Nf9OTq39Bz

According to Associated Press, 65,000 people left Wuhan for the first time since being released from the lockdown spurned from the coronavirus outbreak. Originally, Wuhan held most of the 82,000 coronavirus cases in China and 2,500 out of the 3,300 Chinese coronavirus deaths. Because of the strict enforcement, new cases have steadily declined to the point where there were no new reported cases.

The ruling Communist Party’s flagship newspaper, People’s Daily, made sure to state in an editorial that “this day does not mark the final victory. At this moment, we still need to remind ourselves that as Wuhan is unblocked, we can be pleased, but we must not relax.” Prevention measures are still to be taken to prevent the spread of the virus in Wuhan like wearing face masks, consistently checking temperatures, and limiting access to residential communities.

Wuhan’s government officials made sure to prepare properly for the reopening of public transport systems. Party Secretary Wang Zhonglin, the city’s highest-ranking official, ensured that all modes of public transport were prepared by Monday before the end of the lockdown for the masses that would be using them all at once. SWAT teams and staff in hazmat suits patrolled the outside the city’s Hankou railway station.

Of course, there are still some public health concerns now that the Wuhan lockdown has been lifted. However, I’d like to see the positive side where the city of Wuhan quarantined until they got to a point of no new cases. Let’s hope the United States can follow China’s example at least. So moral of the story, take lockdown measures seriously: wash your hands, wear masks, social distance, and stay at home. Maybe we can turn our state of emergency around sooner than we think too.

Amidst the global COVID-19 pandemic, how do you feel about the end of the Wuhan lockdown?

Watch: Adam Sandler Wrote a “Quarantine Song” to Get Us Through These Trying Times