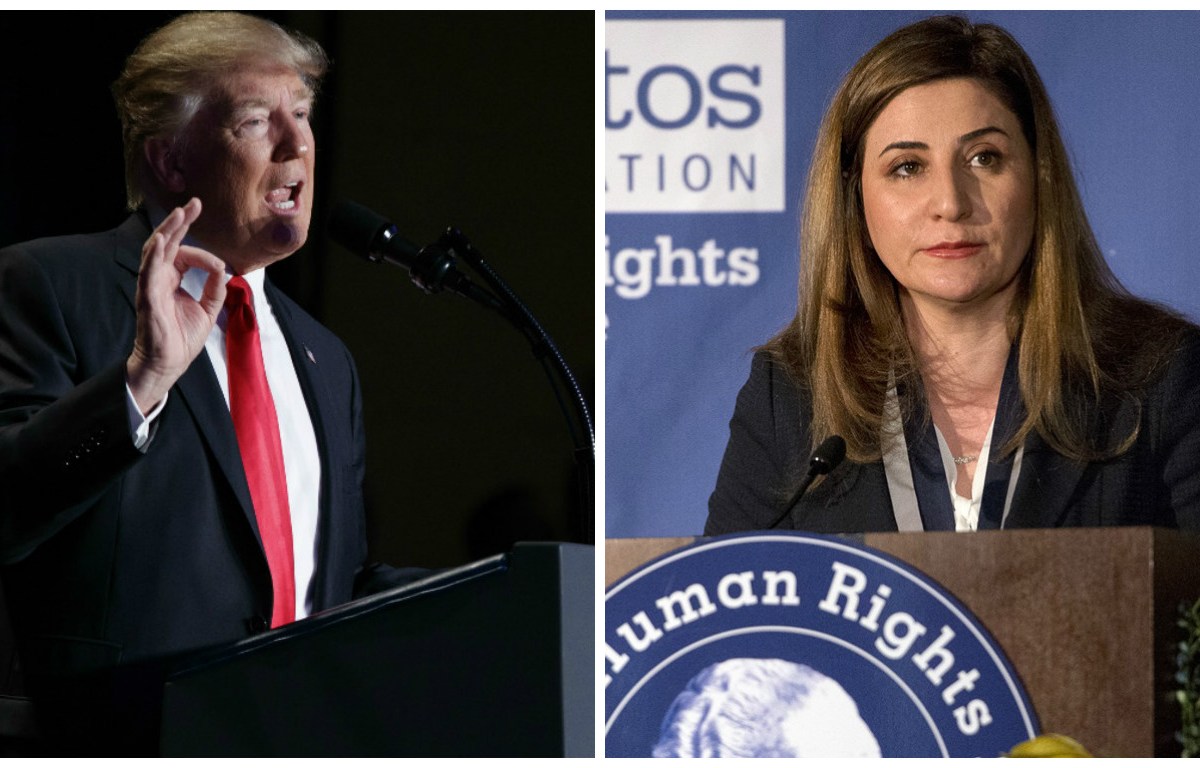 A Yazidi lawmaker and human rights activist from Iraq visited the United States this week to receive a prestigious human rights award.

According to the Religious News Service, Vian Dakhil, the only Yazidi member of Iraq Parliament, received the Lantos Human Rights Prize at a Capitol Hill ceremony Feb. 8. However, she almost wasn’t able to make the ceremony because of President Trump’s travel ban. She ended up receiving permission from the State Department so she could attend the event.

During her speech, Dakhil addressed President Trump directly, stating, “Mr. President Donald Trump, Iraq is not a terrorist. Iraqis are not terrorists. We are friends and allies. And we are looking forward to have [sic] exceptional relations with all people, especially with the United States of America.”

She also relayed the atrocities being committed against Iraq’s citizens by the Islamic State. She told the crowd that “80 percent of our villages and cities are completely destroyed. We need a stand from the international community to get over this ordeal.”

In 2014, she pleaded with her Parliament to help her people, recounting the horrors of killings, rapes and other attacks at the hands of the Islamic State.

“I speak here in the name of humanity,” she said during her speech. “Save us! Save us!”

Her speech prompted former President Obama to approve air strikes and humanitarian aid to help thousands of people in her religious minority who were trapped.

Yazidis’ religion is a blend of Zoroastrianism, Islam, Christianity and local folk beliefs.

According to an article in The Washington Post written by Dakhil, two years ago, the Islamic State started a forced conversion campaign against members of the religious group. Fighters killed more than 5,000 people, abducted at least 3,600 women and girls and sold them into sex slavery, and forced more than 500,000 people from their homes.