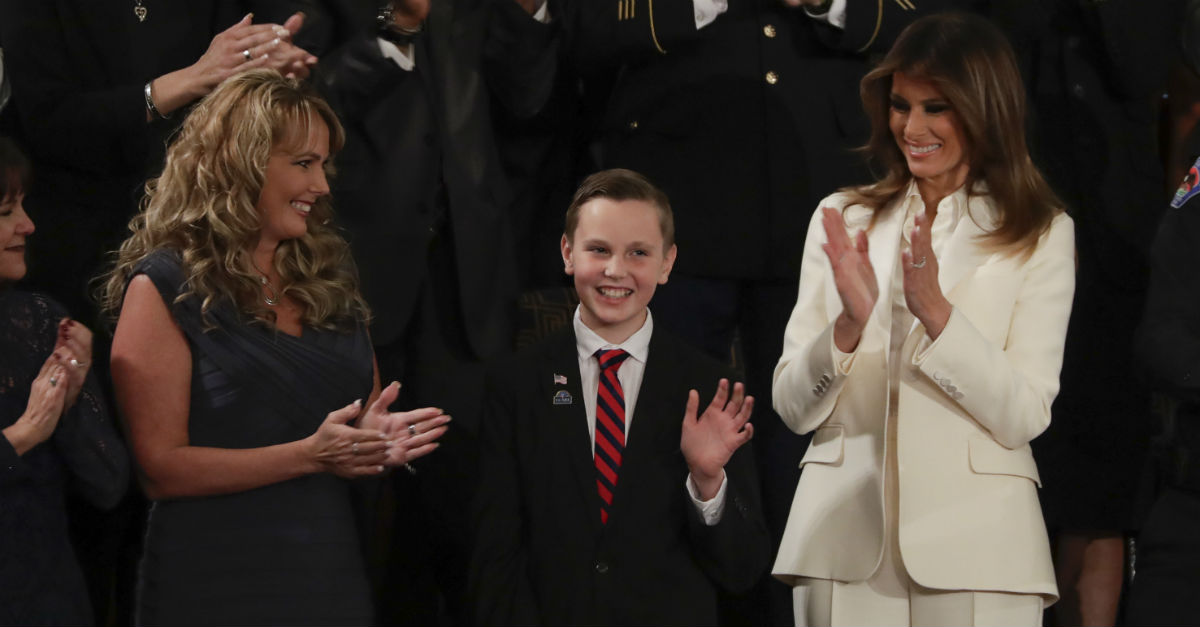 Melania Trump had a lot of special guests at her husband’s State of the Union, and one of the smallest ones was 12-year-old Preston Sharp, who sat by her side.

Preston has been placing flags on veterans’ graves in his home state of California since 2015 and proves that patriots come in all sizes. Here’s how The White House described the youngster when they announced him as a guest:

Preston was visiting his veteran grandfather’s grave in 2015 when he noticed that other local veterans were not being honored with American flags or flowers. Today, Preston has organized the placement of more than 40,000 American flags and red carnations on soldiers’ graves.

Preston Sharp, 12-year-old invited to SOTU for placing 40K flags at veterans’ gravesites: “It was just a huge honor to be at the State of the Union, sitting next to Melania Trump.” pic.twitter.com/32oMuXXf3a

Preston also put together the Flag and Flower Challenge, which urges Americans to honor the graves of fallen soldiers with flags and flowers.

RELATED: He did the Democrat response to Trump’s SOTU, but his lips distracted a lot of people

The Californian even earned a nod from Donald Trump during his speech when the president outlined the youngster’s mission and said, “Preston, a job well done.” Later, he added, “I met Preston a little while ago, and he is something very special. [He has a] great future.” Trump went on to take a thinly-veiled shot at the NFL players who he’s been feuding with over the past year saying, “Preston’s reverence for those who have served our nation reminds us…why we proudly stand for the national anthem.”

Here are Trump’s full remarks about the young star:

Other guests who attended the speech at the invitation of The White House included families who lost their children to the MS-13 gang, veterans, police officers and the parents of Otto Warmbier, who was taken hostage in North Korea.