A weekend of Americans talking past each other 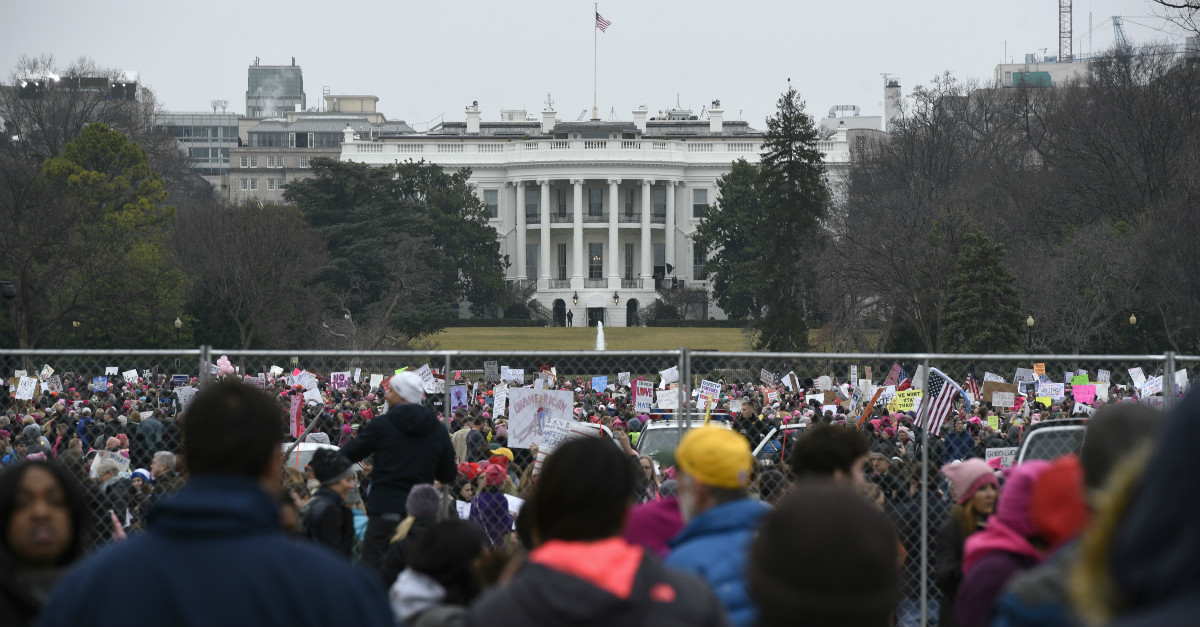 When Barack Obama was sworn-in, I cautioned conservatives that no matter our disagreements with the new president we should still appreciate the historic moment. ?Much of the joy I see in my black neighbors and friends, seems to be a sense that a new level of respect, perhaps the greatest respect, has now been paid to them by their nation,? I wrote in 2009.

But Obama was more than just America?s first black president. He was supposed to be a break from the George W. Bush years, an agent of change, and someone who might unify a divided nation.

I didn?t vote for Obama in 2008 (or John McCain), but his election meant something, and something worth understanding, even for his foes.

RELATED: Could Trump be the ?change? candidate Obama wasn?t?

I didn?t vote for Donald Trump (or Hillary Clinton). In fact, I spent most of the election criticizing Trump, and particularly his polarizing, hateful and even misogynistic rhetoric.

But I get why he won. I also sympathize with it.

After Donald Trump?s swearing-in Friday, a relative of mine posted on Facebook that he was beaming with pride. This person has a multiracial family and is accepting of LGBT Americans. Another person I respect told me that Trump?s election made him feel proud to be an American. Both are white men. Both are good men.

How many pro-Trump Americans are like this? How many friends and relatives do you have like this? In Washington, DC throughout the weekend, I saw many sporting their red ?Make America Great Again? hats. They were proud too.

Why? Is this all racial? Racist even?

The overwhelming majority of people who voted for Trump or who attended his inauguration did not do so out of malice, but positivity. If you talk to Trump supporters, you will hear time and again that they feel the system and even our popular culture has been against them. They want someone who speaks for them. They want a break from the status quo in the same way Obama voters thirsted for it eight years ago. Many Trump voters were in fact once Obama voters.

They see Trump as an agent of change, an outsider candidate unlike any other in their lifetimes. I didn?t get this at first either, but hope more anti-Trumpers eventually do.

I also didn?t get the women?s march at first?a global event on Saturday that certainly drew more than Trump?s inauguration crowd. I was originally dismissive of it, predicting yet another overwrought politically correct reaction to Trump, exhibiting the usual leftist tunnel vision that drove so many to vote for the man in the first place.

The women?s march was that, but also something more.

I saw libertarian female friends protesting on social media, declaring themselves feminists. More surprisingly, I saw an old friend, who was never very political but leaned Republican, marching on the West Coast. Then I saw another woman I knew with a similar background marching.

Indeed there seemed to be many apolitical women or non-leftists who felt compelled to protest Trump.

Another woman, a friend outside my political circles, reached out to me to express that there was genuine fear concerning Trump that I wasn?t fully grasping. She gave her permission to share her thoughts.

?They weren’t marching because of one concern,? she said. ?Some feared policy, some feared losing their partners, some fear Trump himself, some fear the backlash from entitled men who think that Trump is a role model? All these commenters on social media mocking women and telling them to go back to the kitchen? THAT is the problem.?

?Those people are the ones who feel stronger,? she added.

She had a point. I had seen an increase in misogyny online throughout the election. I saw too many racist comments that might lead immigrants or racial and religious minorities to believe the Trump phenomenon was simply a war against them.

Among the marchers were the many stereotypical, professional leftists who would have protested any Republican president, but also women and others who see a unique threat in Trump. I still believe their worries are overblown, but the fear is genuine.

Trump has given too many Americans of different backgrounds ample reason to be frightened. Trump supporters should understand this. Everyone should.

The overwhelming majority of Americans in both the pro and anti Trump camps are coming from good places. Over the weekend they made their voices known in spectacular fashion.

Now a goal should be to talk to each other, instead of past each other. Free societies thrive on dissent, but more understanding and, hopefully, mutual respect couldn?t hurt.