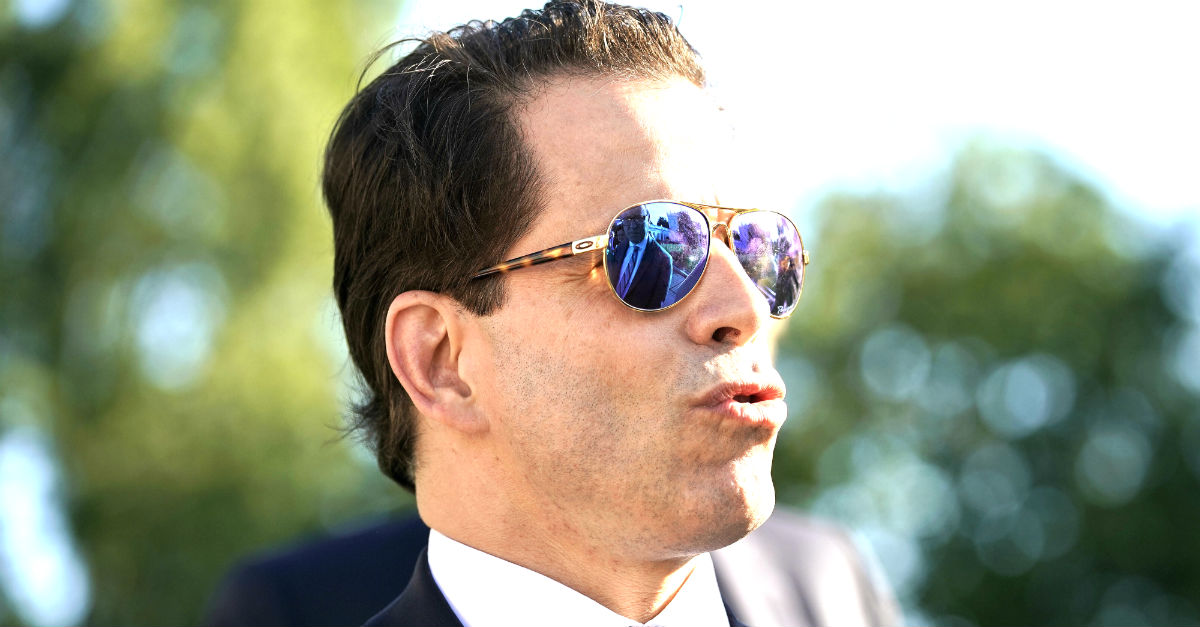 Trump’s communications director, Anthony Scaramucci, is a fresh face in the White House and some suggest that he was brought on to quell the leaks that have come out of Pennsylvania Avenue. Scaramucci’s entrance prompted the exit of Sean Spicer who was unhappy with the hire.

Scaramucci: I don't like the activity that's going on in the WH. I don't like what they're doing to my friends. https://t.co/jvlXoX5iGs

In his interview with Cuomo, Scaramucci seemed to be feuding with Chief of Staff Reince Preibus — at one point comparing their relationship to Cain and Abel. Later on Thursday, New Yorker writer Ryan Lizza published an interview (of sorts) with Anthony Scaramucci in which the communications director unloaded on just about everybody working in the White House. The phone call between the journalist and communications director took place on Wednesday night after Lizza tweeted that Scaramucci and Sean Hannity were having dinner with Trump at the White House. Scaramucci asked Lizza who leaked to him about the dinner, when Lizza refused, Scaramucci declared “I will eliminate everyone in the communications team and we’ll start over.”

From there, the communications director launched into a tirade against the team inside the White House. Scaramucci, convinced that Preibus leaked to Lizza, declared “Reince is a fucking paranoid schizophrenic, a paranoiac.”

He then mimicked Priebus, saying, “Let me leak the fucking thing and see if I can cock-block these people the way I cock-blocked Scaramucci for six months.”

Scaramucci also stated he’s not interested in media attention, saying “I’m not Steve Bannon, I’m not trying to suck my own cock.” He continued, “What I want to do is I want to fucking kill all the leakers.”

RELATED: Sean Hannity tried to get his audience to call out “fake news Jake Tapper,” but it didn’t go the way he planned

Rumors have long abounded that there is infighting between Reince Preibus and Steve Bannon. Preibus was brought in from the Republican National Committee and represents the establishment branch of the party while Bannon came from the right-wing website Breitbart and is a key part of the populist wave that Trump rode into the Oval Office.

I sometimes use colorful language. I will refrain in this arena but not give up the passionate fight for @realDonaldTrump's agenda. #MAGA

In a tweet on Thursday evening, Scaramucci wrote “I sometimes use colorful language. I will refrain in this arena but not give up the passionate fight for Donald Trump.”

After non-stop coverage of the New Yorker story, Scaramucci tweeted at 5:50 p.m. on Thursday evening “I made a mistake in trusting a reporter. It won’t happen again.” Lizza has maintained steadfastly that the entire conversation was on-the-record.